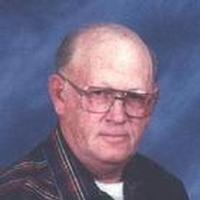 He attended school in Macon completing his education while serving four years in the U.S. Air Force, 19 months in Tripoli.

On December 1, 1963, he was united in marriage to Glee Howell at the First Baptist Church in Kahoka.

nieces and nephews and their families: Kenneth and Shirley Baker, Tom and Karen Baker and Donna and Jim Hutchinson, all of Macon, MO and Cindy Osman of Licking, MO; as well as other relatives and many friends.

He was preceded in death by his parents; three sons: Ethan T. Duckworth on April 25, 2009, and two in infancy, Troy Scott and Terry Shawn Duckworth; and a sister, Sarah Jane and brother-in-law, Warren Baker.

R. C. worked for the State of Missouri, Department of Corrections at Moberly for over 30 years. Following retirement he drove trucks for Green Valley Seed, Dennis Frazier and Ferrell Gas and was a part-time bus driver for the Clark Co. R-1 School District. The past eight years he had driven a bus full time. This past summer he had been employed by Twin Lakes Golf Course.

He was a member of the Wyaconda Baptist Church but was currently attending the Peaksville Christian Church and sang in the choir. He was involved in mission work which held a special place in his heart. He was also a member of St. Francisville Lodge # 588, A.F. & A.M. at Wayland, had helped the Lions Club on various occasions, and had been involved with the Aviation Explorers troops and was former secretary-treasurer of the Paul Rowe Memorial Airport Board.

R.C. enjoyed fishing, camping, golfing and attending and participating in yard sales and flea markets. He had a great love of flying, particularly powered parachutes. He was a well-known and loved figure at the local restaurants. He adored children and they adored him back. He especially treasured his children and grandchildren and special times spent with each of them. They meant everything to him.

Burial with military rites was in the Kahoka Cemetery.

Memorials in lieu of flowers were suggested to the Peaksville Christian Church for Missions or the Kahoka Cemetery.

To order memorial trees or send flowers to the family in memory of R. Duckworth, please visit our flower store.