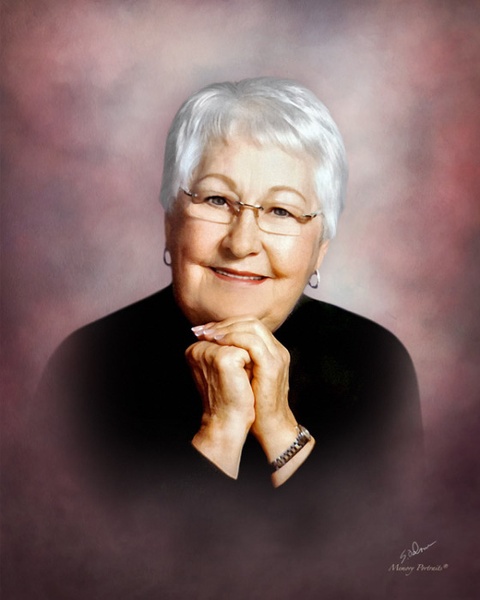 Phyllis Ann Rice, 77,of Columbia, Missouri passed from this earthly life on Monday September 28th, 2020 at the University Hospital, Columbia, Missouri. She was surrounded by her loving family as she went to meet her Savior and Lord Jesus Christ.

Phyllis was born in Macomb, McDonough County, Illinois on November 24th, 1942, the first child and daughter of Waldo and Enola Kapfer Wells. Phyllis spent her young childhood in the community of Walnut Grove, Illinois. At age 12 her family moved to Clark County Missouri where she graduated from Kahoka High School in 1960. In 1964 she received a Bachelor of Science degree in Home Economics Education from Northeast Missouri State University. In 1968 she graduated from NMSU with a Master of Arts in Secondary Guidance and Counseling.

Phyllis enjoyed being a homemaker and stay at home mom for many years. Through her life she was employed as a high school home economics teacher at Brashear, Missouri, a guidance counselor at NMSU from 1965-1968, and then from 1988-1996 she was an adjunct instructor at Hannibal-LaGrange College. She worked as a receptionist for William E. Rice, DO, and she retired in 2011 from Missouri Heart Center in Columbia. She also worked as a receptionist for Dr. James Roller, MD and for Missouri Orthopedic Institute.

Phyllis was a member of First Baptist Church, Monroe City, where she sang in the choir and served as organist for 25 years. She then joined Calvary Episcopal Church, Columbia, where she sang in the choir and served on alter guild. She also attended Rejoice Free Will Baptist Church in Columbia where she again shared her gift of song. Phyllis was a 48-year  member of the P.E.O. Sisterhood. Her special interests were in music, giving piano lessons, sewing and needle work, and traveling. For 25 years she enjoyed playing Bridge with her Monroe City friends. One of her greatest delights and pleasures came from cooking and having her family, immediate and extended, around her dining table.

She leaves this message for you: “The Lord bless you and keep you; the Lord make His face to shine upon you, and be gracious unto you; the Lord lift His countenance upon you, and give you peace.” Numbers 6:24-26.Phyllis knows she is safe in the arms of Jesus, in Paradise, “where the roses never fade.” Funeral services honoring the life of Phyllis were conducted at 11:00am Saturday, October 3, 2020 at Saint Paul United Church of Christ in Kahoka, Missouri. Pastor Steve Reeves officiated the service. Interment followed in Kahoka Cemetery. A luncheon and visitation then followed at Steve’s Family Dining at 1:00 and all were invited to greet the family at that time. Wilson & Triplett Funeral Home in Kahoka was entrusted with the care and arrangements. Memorial contributions in memory of Phyllis were suggested to Cottey College of Nevada, Missouri, First Baptist Church of Monroe City, or to Rejoice Free Will Baptist Church of Columbia. You are invited to share your memories of Phyllis and leave a condolence at www.wilsontriplett.com

To order memorial trees or send flowers to the family in memory of Phyllis Rice, please visit our flower store.