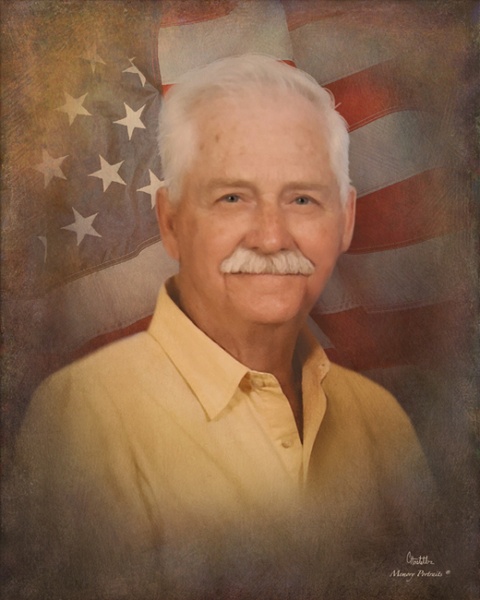 Paul Wayne Tramel, 84, of Jefferson City, Missouri, formerly of Kahoka, Missouri, passed away at home surrounded by his family on April, 9, 2021. Friends and family received friends at Wilson & Triplett Funeral Home, Kahoka, Missouri, on April 16, 2021, from 4:00 pm to 7:00 pm with a prayer service beginning at 3:30 pm. A Mass of Christian Burial was held at 10:00 am on April 17, 2021 at St. Michael’s Catholic Church in Kahoka, Missouri, Father Rob Fields officiated. Inurnment with full Military Honors was held at 2:30 pm at St. Jude’s Cemetery in Monroe City, Missouri.

Paul attended Northeast Missouri State Teachers College, Kirksville, Missouri, where he received his Bachelor's Degree in Sociology. Upon graduation, he was employed as a Probation and Parole Officer in St. Louis County, Missouri. In 1962 he and his wife moved to Kirksville, Missouri, and he was granted the honor to serve as the youngest Parole Officer to oversee a Regional Field Office. Paul left this field and returned to college at NMSTC, where he was employed as an Assistant Registrar while pursuing his degree in Teaching. In 1967 he moved his family to Clark County, Missouri, where he was hired to teach driver’s education. This vocation was fueled by the death of his only brother in a senseless car accident. While an instructor at Clark County R-1 High School, he implemented the Students Against Drunk Driving Program. He was also a certified NRA Hunter Safety Instructor. Paul shared his passion for the outdoors with his family, as well as many other youth in the county. Upon his retirement his happiest days were spent on the river fishing with his beloved wife of sixty-four years and their special friends Glenn and Mary VanPelt. For several years he, along with many of his friends, held fish fries to raise money for families in need and other worthy causes, including the Clark County Music Boosters, a cause near and dear to his wife’s heart.

Following health concerns in 2020, Paul and Dolores moved to Jefferson City, Missouri, where they resided with and were cared for by family. While Alzheimer’s may have diminished his body, his spirit and love for his family was never extinguished. Paul was preceded in death by his parents, grandparents, his beloved brother, Gary Tramel, uncles William S. Evans, Lee Evans, Jimmie Evans, and cousin Randy Evans, as well as brothers-in-law Francis Lindhorst and Harry Lindhorst. The family would like to express appreciation to the citizens of Clark County, the Clark County Health Department, Steve’s Cafe, and the Clark County Ambulance District. The family would also like to recognize FeFe Rome from Right at Home and Compassus Hospice of Jefferson City, Missouri, whose compassion and care made it possible for the family to continue to care for him in his home. The family asks that in lieu of memorials, take a young child fishing.

To order memorial trees or send flowers to the family in memory of Paul Tramel, please visit our flower store.