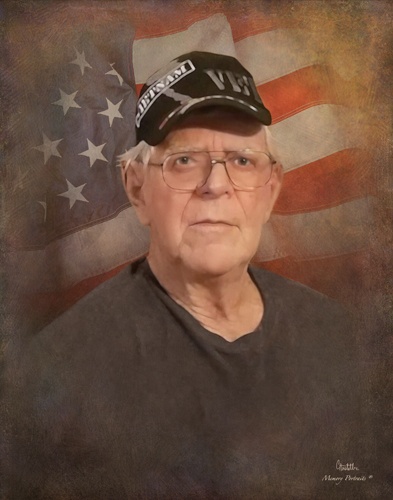 He was born on September 5, 1946 in Philippi, West Virginia, the son of the late Herbert Marshall and Nada Pauline (Poling) Poling. Paul married Patricia McCann on August 1, 1988 and she survives. He served in the United States Army during the Vietnam war.

Paul was a security officer for United Security for several years until his retirement. He was an avid outdoorsman and loved to go fishing and hunting. In earlier years he and his son enjoyed bowling together on the same team. Paul liked to read, and he loved to watch John Wayne movies. Family was the most important aspect of Paul’s life and he loved spending time with his wife, children and grandchildren.

Funeral services honoring the life of Paul were conducted at 11:00 am on Thursday, October 1, 2020 at the Wilson & Triplett Funeral Home.  Pastor Dean Tomlinson officiated. Military rites were accorded by the Kahoka American Legion Post#192. A visitation was held from 12:00 pm until 6:00 pm on Wednesday, September 30, 2020 with family present from 4:00 pm until 6:00 pm at the Wilson & Triplett Funeral Home in Kahoka. Cremation rites were accorded following services. Memorial contributions in memory of Paul were suggested to the Wounded Warrior Project and were accepted at the funeral home. You are invited to share your memories of Paul and leave a condolence at www.wilsonandtriplett.com

To order memorial trees or send flowers to the family in memory of Paul Poling, please visit our flower store.