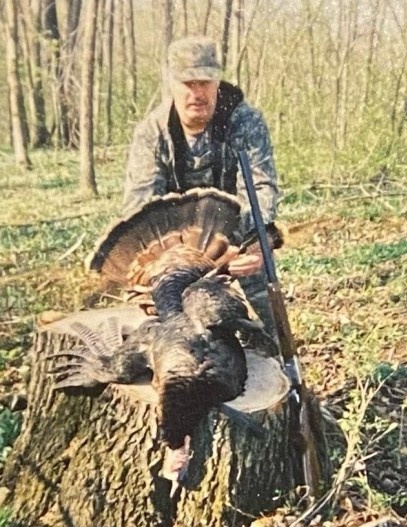 Pat was born on January 1, 1956, in Kirksville, the son of the late Denver Leo and Garnet (Chancellor) Tripp.

He attended grade school in Luray, and was a graduate of Revere High School in 1974.  It was in high school where he met Karen Elder and they married on January 28, 1977, in Kahoka.

Pat farmed for several years, then went to school to study tool and die. He worked as a machinist until his retirement in 2019. He could make anything out of metal; Pat would have an image in his head and always found a way to make it work. He loved dove and deer hunting, trap shooting, watching the St. Louis Cardinals, and counted down the days until spring training started. In the last five years Pat started restoring old Farmall tractors, he took the first tractor he finished to many shows and drove it in the Old Settlers Parade with his grandson Kasen Malone. The second tractor completed was a gift to Kasen and will be cherished by him for many years to come, Kasen got many driving lessons on his tractor from grandpa, making it even more special. Pat was recently working on an enclosed platform tractor. He was a member of Three Rivers Tractor Club and the Fox River 2 Cylinder Club. He leaves behind his dog, Buck, who misses him dearly.

Cremation rites were accorded. A visitation was held Thursday, April 1, from 5-7PM at the Wilson and Triplett Funeral Home. There was a private graveside service Friday for family. Memorials contributions in Pat’s name were suggested to the family with checks payable to Karen Tripp  and could be sent to the Wilson and Triplett Funeral Home in Kahoka. You are invited to share your memories of Pat and leave a condolence at www.wilsontriplett.com

To order memorial trees or send flowers to the family in memory of Patrick Tripp, please visit our flower store.