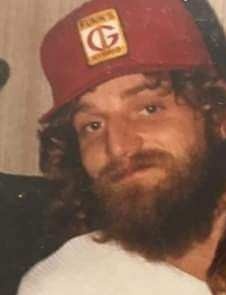 Patrick was born on February 17, 1963, in Keokuk, IA, the son of the late Larry Shannan and Shirley (Norman) (Carroll) Butler.

Before retirement Patrick worked at Shannan Pallet in Granger and Fruehauf in Fort Madison.

Patrick married Jody Dodge and to this union two children were born. He was a loving man and helped those he could. The outdoors was where Patrick would spend his time, he liked searching for arrowheads and having bonfires with his friends and family. He also enjoyed fishing, deer and turkey hunting.

Patrick is survived by his ex-wife Jody, two sons; Seth and Eli Shannan, both of Davenport, IA, five grandchildren; Emma, Kaleb, Connor, Allayna, and Breana, two sisters; Debbie Pruett and Vicki Scott, both of Kahoka, one brother-in-law, Paul Kinkade also of Kahoka, one aunt, Shirley Spurgeon of Granger, MO, one uncle, Tom Shannan of Arbela, and his stepmother, Linda Shannan of St. Port Lucie, FL. He was preceded in death by his parents, one sister, Jenny Kinkade, and one brother-in-law, Richard Pruett.

Cremation rites will be accorded. There will be no public services. Memorial contributions in memory of Patrick are suggested to Seth Shannan and may be sent to his address, 2110 West 57 St. Davenport IA, 52806. You are invited to share your memories of Patrick and leave a condolence at www.wilsontriplett.com

To order memorial trees or send flowers to the family in memory of Patrick Shannan, please visit our flower store.