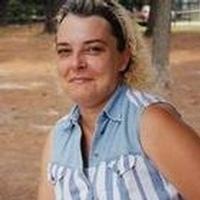 She was born July 16, 1960 in Keokuk, IA, a daughter of Raymond Cecil and Helen M.
Felker Morrison.

She married William Benedict and together they had four children, Josh, Andrew, Kevin and Emily. She later married Ronald LaMaster who preceded her in death.

She was preceded in death by her parents and three brothers, Charles, Mike, and Bob Morrison.

Patricia attended Clark Co. R-1 High School. She was baptized by Pastor Shawn McAfee and was a member of Peaksville Christian Church. She was a CNA most of her until her health permitted her from doing so. She was caring and truly loved caring for her patients and they loved her in return. Her family was the most important thing in her life and she loved more than anything spending time with them. Her grandchildren were her world. She had many, many friends and was always willing to lend a helping hand and an encouraging word.

Cremation rites have been accorded. Memorial services were held Wednesday, October 30, 2013 at 3:30 p.m. at the Peaksville Christian Church, Peaksville, MO, with Pastor Herb Doty officiating. Inurnment was in Liberty Cemetery.

The family is being assisted by Wilson Funeral Home.

To send a flower arrangement to the family of Patricia Ann LaMaster , please click here to visit our Sympathy Store.

To order memorial trees or send flowers to the family in memory of Patricia LaMaster, please visit our flower store.