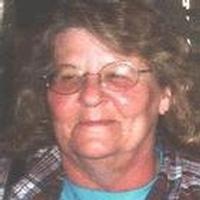 She married Glenn Haage and they were the parents of five children.

She was preceded in death by her parents and an infant daughter, Glenda Haage.

Pat retired from Metzeler Automotive in Keokuk five years ago following 28 years of employment. She loved anything to do with nature, watching wildlife and birds from her home, quickly identifying each deer that roamed through her yard, enjoyed fishing and hunting and had a green thumb. Part of her character was her desire to be taking care of someone else. She lived for her family and their times together.

Memorials in lieu of flowers may be made to the family.

To order memorial trees or send flowers to the family in memory of Patricia Haage, please visit our flower store.