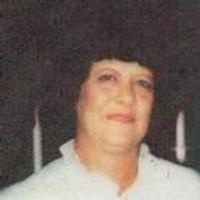 Pat was born March 23, 1929 at Ridgeway, MO a daughter of Denny and Dora Mercer Jinks. She was adopted and raised by Charles and Mable Overhulser in 1939.

Pat was first married to Curtis Jr. Jenkins on June 23, 1945 and they were the parents of four children, Linda, Chuck, Stanley and Tommy. She later married Paul Little in 1966. On March 2, 1983 she was united in marriage to Ronald "Cochise" Goben who preceded her in death on January 26, 1989.

Pat was a graduate of Kahoka High School. She spent her life as a homemaker, caring for her children and enjoying time with her extended family. She loved her pets, mowing, caring for her garden and getting out and going whenever she could. She loved traveling with Ron to listen to his music. Her greatest happiness came from spending time with her family and enjoying the meals they cooked for her.

Funeral services will be held Monday, December 10, 2012 at 1 p.m. at Wilson Funeral Home in Kahoka with Pastor Shawn McAfee officiating. Burial will follow in the Kahoka Cemetery.

Friends may call at Wilson Funeral Home after 9 a.m. Monday with family receiving friends from 11 a.m. until time of services. Memorials are suggested to the Clark Co. Senior Center.

To send a flower arrangement to the family of Patricia A. Goben , please click here to visit our Sympathy Store.

To order memorial trees or send flowers to the family in memory of Patricia Goben, please visit our flower store.