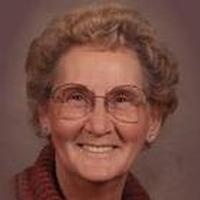 Norma was born June 18, 1930 in Hannibal, MO, one of six children of Willard and Rose Bel Dale Crutchlow.

She was married to Elmer "Sonny" Clifford, Jr. and to this union three children were born, Susan, Michael, and Pat. She later married Fred Whitehead on October 10, 1959, and together they were the parents of Mary and Martha. He preceded her in death on October 31, 2000.

Norma was in the restaurant business for many years. It was in Wyaconda where she and her sister, Gloria, owned a restaurant where she met her husband, Fred. She will be remembered by many for the West Side Diner in Kahoka that she last operated. Norma was an excellent cook. She was also well known for her entertaining in community activities, including the "Country Comes Home" show, playing piano at the nursing home, singing at church and other venues and making others happy. She loved anything to do with Bluegrass and made sure the rest of her family did as well. While doing all of this, she ran a busy upholstering business.

She later worked in the Clark Co. School District where she ran the "Student Council Food Service" and was a bus driver for many years and substitute in the kitchens.

Norma had a deep faith and was a long-time member of the First Baptist Church, serving as a Sunday School teacher for many years and was a member of the choir. She had a large, extended church family, all of whom were special to her, and enjoyed the fellowship and friends she made at the Cedar Grove Baptist Church which she had joined in the past eight years. Many of those she holds very dear were in Sunday School with her for many years.

Never idle, Norma was a large contributor to the local food pantry and through her church and other outlets, made sure no one went hungry. She was an avid bowler and member of the 254 Series club, loved to golf, take her grandchildren fishing, and most of all loved attending yard sales. Faith, family, friends were such a very important part of who Norma was and those around her benefitted from her love for each.

To send a flower arrangement to the family of Norma J. Whitehead , please click here to visit our Sympathy Store.

To order memorial trees or send flowers to the family in memory of Norma Whitehead, please visit our flower store.