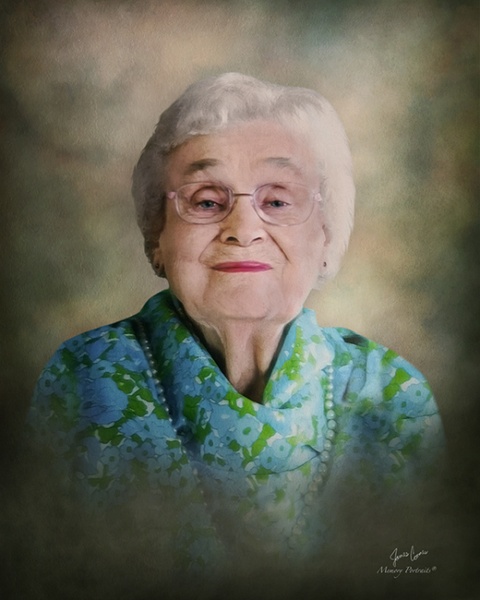 Norma Louise Welker, 96, of Canton and formerly of Williamstown, passed away peacefully at 6:46 am on Friday, February 18, 2022, at the Lewis County Nursing Home in Canton.

She was born on October 12, 1925, in Granger, the daughter of the late George and Clara (Taylor) Grinstead. Norma was united in marriage to Wayne Welker on March 17, 1950, at her parents’ home in Williamstown. Wayne preceded her in death on June 25, 2016.

After high school, Norma attended Kirksville Teachers College and began a ten-year career as a schoolteacher, teaching in a one room schoolhouse in Antioch. She had lived for a time with the Hunziker family during her tenure as a teacher. She then attended Hannibal-LaGrange college and Culver-Stockton College. Later, Norma became an employee of the United States Postal Service and later served in the capacity of Postmaster for nine years in Wyaconda. Norma retired in 1987 after twenty-eight years of service. She was a seventy-year charter member of the Order of the Eastern Star in Williamstown. Mrs. Welker was a Sunday School Superintendent at the South Wyaconda Baptist Church for several years.

Norma was the consummate wife, mother, grandmother and great grandmother. She deeply loved her husband, family and God more than anything. She was never one to seek the limelight, preferring to leave that for others, and was a very good listener. She was respected and loved, especially by her family, and set a great example for all. She loved to cook family dinners and her family always looked forward to each and every one. She was a particularly good pie maker, where there might be a half dozen different ones to choose from when we had holiday dinners, cookie maker and made the best German Chocolate Cake. She was kind, considerate, understanding and quietly reserved and conducted herself with amazing grace. She was just a beautiful person inside and out.

Funeral services honoring Norma’s life were conducted at 1:00 pm on Tuesday, February 22, 2022, at the Wilson & Triplett Funeral Home in Kahoka. Pastor Orlie Yoder officiated. Interment  followed at the Ballard Cemetery in rural Williamstown. A visitation will be held from 11:00 am until the time of services at the funeral home. Memorial contributions in memory of Norma were suggested to the Ballard Cemetery or to the South Wyaconda Baptist Church. You are invited to share your memories of Norma and leave a condolence at www.wilsontriplett.com

To order memorial trees or send flowers to the family in memory of Norma Welker, please visit our flower store.