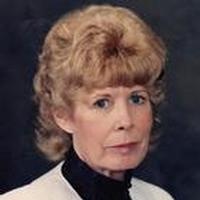 Norma was born February 14, 1934, near Kahoka, Missouri, a daughter of Russell and Dorothy Dunn Pitford.

She married Dale Priebe in 1953 and they were the parents of two children, Wayne and Debbie. They later divorced and she married Kenneth Fry who preceded her in death.

She was preceded in death by her parents; a sister, Esther Rovilla Singh; and husband, Kenneth Fry.

Norma graduated from Wyaconda High School and Kirksville College of Cosmetology. She was proud to have been 1st in her graduating class from Kirksville. She ran Norma's Beauty Mart in Kahoka for over 30 years.

Norma was a member of the Kahoka Seventh Day Adventist Church. She loved to play the piano and sing. She also loved to garden, can her produce, and play with her two poodles.

To send a flower arrangement to the family of Norma L. Pitford Fry , please click here to visit our Sympathy Store.

To order memorial trees or send flowers to the family in memory of Norma Fry, please visit our flower store.