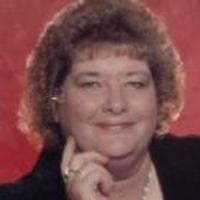 Norma was born November 12, 1951 at Macomb, IL, a daughter of Jesse and Violet Jerean Roberts Downey.

She was married to James R. Dochterman on September 12, 1981 at Medill.

Survivors include her husband, James, of the home; one daughter, Brenda LeAnn (Mrs. Jason) Clifford of Kahoka; a step-daughter, Jamie (Mrs. Jim) Lynch of Kahoka; a foster son, Todd Nunn of Macomb, IL; three grandchildren: Dakota Lynch and Elizabeth and Justin Clifford all of Kahoka; one brother, Jay Downey of LaGrange, MO; a sister, Wilma (Mrs. "Poochie) Garr of LaGrange, MO; two uncles, Leo Downey of Monticello, IL and Emory Quesenberry of Hamilton, IL; brothers-in-law and sisters-in-law: Allen Dochterman and Carol (Mrs. Norman) Pitford, all of Kahoka, MO and Joyce Lincoln of Fairbanks, AK; as well as nieces, nephews, cousins and other relatives.

She was preceded in death by her parents; her father-in-law and mother-in-law, Preston and Lucille Dochterman; and a stillborn daughter, J. J.

Norma had worked for Shellor Globe and then the Garment Factory in Memphis. She retired from Riverside Plastics in Bonaparte due to ill health.

She was very active in the former Women of the Moose lodge at Kahoka, earning the title of Senior Regent and was also an active member of the Ladies Auxiliary of the V.F.W.

Norma had a gift for any type of handiwork, including cross stitch, embroidering, and quilting. Her friends and family were blessed with pieces of her special work that were made with love for them. She enjoyed hunting, fishing and camping and was an avid Cardinal fan. In addition, she looked forward to Tuesday when the Moose had Bingo and was there each week carrying her own dobber. She also played Bingo in Iowa and Illinois. In addition, she was an avid bowler and had played on leagues for many years.

She was a member of Life Tabernacle Church in Canton, MO. Her faith in God was very strong and helped her many times in the last few years as her health deteriorated. She also had a big heart and would give you the shirt off her back if the need was there.

Most of all, she loved playing games and spending time with her grandbabies. No matter how sick she was, a visit from them would brighten her day. Each visit would end with a hug and a kiss as requested by "Nanny."

Burial followed in the Combs Cemetery in Luray.

Friends called at Wilson Funeral Home after 9 a.m. Monday. Family received friends from 6-8 with a Women of the Moose service held at 7 p.m.

To send a flower arrangement to the family of Norma Jean Dochterman , please click here to visit our Sympathy Store.

To order memorial trees or send flowers to the family in memory of Norma Dochterman, please visit our flower store.