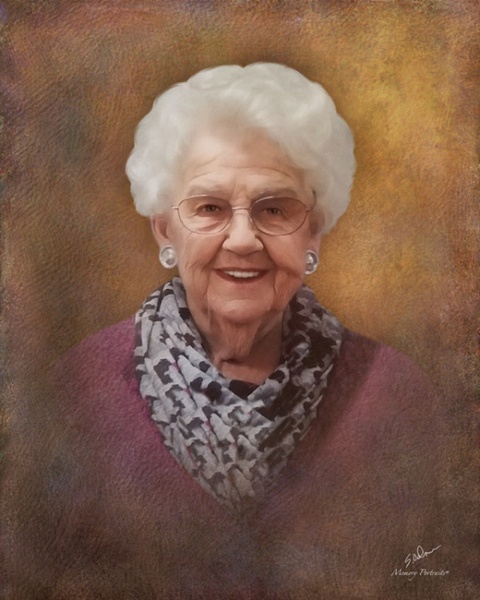 Neva was born December 24, 1924 at the family farm in Lee County, IA, near Argyle, a daughter of William Pearl and Irene Wilsey Jeffers.

She attended Sargent School through 8th grade, graduating from Argyle High School in 1942.

Neva had been a bookkeeper for McCarty Implement and during World War II she worked for Drydens making gas masks.  Most of her life was spent raising her children and caring for her home.

Neva was of the Methodist Faith.  She and Newt loved traveling and camping. She spent many hours volunteering at the St. Francisville Community Center, the Clark Co. Nutrition Site where she was a former board member, and was active in the Clark Co. Food Pantry.  She was an avid St. Louis Cardinals Fan and attended her first Cardinals game at the age of 91. At the nursing home, Neva loved participating in the many activities.  One of her quotes summed up her life – “Trust God and enjoy life as much as you can”.

Funeral services will be held on Saturday, May 28, 2022 at 2:00 p.m. at Wilson and Triplett Funeral Home in Kahoka with Pastor Shawn McAfee officiating.  Family will receive friends from 1 p.m. on Saturday until time of services.   Burial will follow in the Sand Cemetery in St. Francisville.

Memorials in lieu of flowers are suggested to the St. Francisville Community Center or the Clark County Nutrition Center.

To order memorial trees or send flowers to the family in memory of Neva Springer, please visit our flower store.