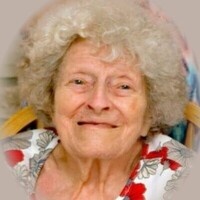 She was the daughter of the late Adelbert Colson and Iva Maye West Mitchell. She was a 10th generation of Thomas Mayhew.

Natalie was born January 16, 1925 at her grandma Agnes Mudrock West’s beautiful farm and grew up at Quansoo, Chilmark, Massachusetts, the oldest house on Martha’s Vineyard Island where the Mayhew family descendants lived for 348 years. She was also an 11th generation descendant of John Howland, one of the Mayflower Pilgrims.

She attended grammar school in Chilmark and graduated in 1943 from Tisbury High School in Vineyard Haven, MA. Later, she attended college in Keokuk, IA.

On November 26, 1943, she was united in marriage to George William Kinkeade in Apalachicola, FL. He preceded her in death on February 23, 1994.

She was preceded in death by her parents; her husband; two brothers, Donald Mitchell and Colson West Mitchell and two sisters, Margaret Tilton and Elaine Mahoney; her grandparents Capt. West Mitchell and Sophroina Hancock Mitchell who owned whale ships in Massachusetts.

Natalie worked at the Menemsha Inn in Chilmark and as an air raid warden plane spotter during WWII and had people put out cigarettes and draw dark drapes because of the Radar Station at Peaked Hill. She worked at the USO and gave jewelry lessons, folded bandages, knitted sweaters and socks, and made many cakes and meals for service men and women. She was certified in atomic warfare taken at college. She worked at Tisbury High School, at the Arrowhead Bowl in Keokuk, City Directory, and 33 years at Keokuk Community and Southeastern Community College. She loved the students. She worked four years helping set up the Pamida Store in Keokuk.

Natalie was a member and former secretary/treasurer of the St. Francisville United Methodist Church and taught Sunday School and Bible School for many years. She was a member of the Clematis Garden Club, Women of the Moose, and Keokuk Area Hospital Auxiliary for over 50 years. She was past president of the League of Women Voters and PTA secretary.

She and George helped with Cub and Boy Scouts. She loved her angus cows, farming, gardening and planting flowers. In addition, she loved flying and bowling. She cherished her family and always appreciated a lovely dinner prepared by Rita and spending time with all of them at George and Rita’s home. Her grandchildren were very precious to her as well as her black lab, Barney, and beagle, Quansoo.

Graveside services for Natalie were held Thursday, July 9, 2020 at 11:00 a.m. at the Sand Cemetery in St. Francisville, MO with Rev. Goldie Laymon officiating.

Memorials in lieu of flowers were suggested to the Clark Co. Local Cancer Fund, Sand Cemetery, or the St. Francisville United Methodist Church.

To send a flower arrangement to the family of Natalie E. Kinkeade , please click here to visit our Sympathy Store.

To order memorial trees or send flowers to the family in memory of Natalie Kinkeade, please visit our flower store.