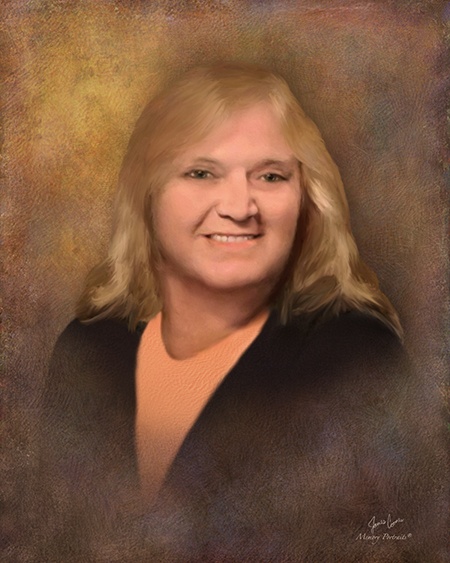 Michelle Renee Fox-Christy, 52, of Canton, was reunited with her mother on Sunday, October 18, 2020 at her home.

She was born on December 19, 1967 in Keokuk, the daughter of Ronnie Fox and the late Betsy K. (Cole) Fox. She married Terry Christy on October 21, 1989 in Canton and he survives. Michelle was a family-oriented person with a colorful spirit. She was the most amazing mother to Trey and Brittany and loved spending time with her grandchildren. She liked rock hunting, listening to music, doing yard work and being outdoors. Michelle liked to keep house and was very particular and orderly. She looked forward to visiting with her brother Scott nearly every night. She and her sister Misty would bicker back and forth over the telephone (Michelle was right no matter what). She loved her cats and enjoyed looking after them.

Funeral services honoring the life of Michelle were conducted at 10:00 am on Friday, October 23, 2020 at the Wilson & Triplett Funeral Home in Kahoka. Brother Gary Whitaker officiated the service. Interment followed at Oakwood Cemetery in Hamilton, Illinois. A visitation was held at the funeral home from 12:00-7:00 pm on Thursday with family present from 5:00 until 7:00 pm. * Please note that this was a closed casket visitation until 5pm Thursday* Those attending services were asked to take appropriate protective measures in relation to the coronavirus pandemic. Memorial contributions in memory of Michelle were suggested to the family to assist with the offset of funeral expenses and were accepted at the funeral home. You are invited to share your memories of Michelle and leave a condolence at www.wilsontriplett.com

To order memorial trees or send flowers to the family in memory of Michelle Christy, please visit our flower store.