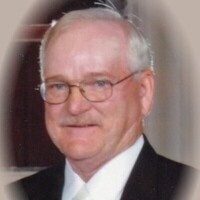 Michael Carl Webster age 65 of Kahoka, formerly of Wyaconda, passed away on Monday, July 13, 2020, at the Clark County Nursing Home in Kahoka after a short battle with cancer.

He was born January 8, 1955 in Kirksville, MO, the son of Eugene "Gene" and Dorothy Morrow Webster. Mike was the fourth of six children. He graduated from Wyaconda High School in 1973.

Mike married Cathy Grace Herring on April 8, 1977 in her parents’ home. To this union, two children were born: Christina and Jeremy.

Mike was of the Baptist faith, rededicating himself to Christ and being baptized. He was a Deacon in his church and helped Cathy with Girls Bible Camp at Camp Leeper for several years.

Michael enjoyed mushroom hunting and coyote hunting with his buddies and loved fishing and camping with family and friends.

Mike farmed with his dad and brothers most of his life - raising hogs and cattle and grain farming until his health failed and he and Cathy sold the farm to his brother Gary. Michael worked at Freuhauf manufacturing in Fort Madison for a short period of time.

He and Cathy built and ran the Country Pizza Wagon for several years, along side his mother, Dorothy, and his children. He enjoyed visiting with the customers.

Mike loved to work in his garden, but more than anything he loved being with family watching his children grow and becoming a grandpa to his pride and joy, Lily and Emma. He very seldom missed a weekend fish fry at his sister’s home, and listening to his brother-in-law, Gene Paul, play country music. He loved telling stories of his childhood, just like his dad. He could strike up a conversation with anyone, from auctions to waiting rooms while waiting at Drs. appointment. He loved visiting and never knew a stranger.

Michael is survived by his wife of 43 years, Cathy; his daughter Christina (John) Myers of Memphis; one son, Jeremy (Stephanie) Webster and their daughters, Lillian Grace and Emma Kay, all of Columbia; two sisters: Penny Paul of Wyaconda and Teresa (Kevin) Skinner of Memphis; two brothers: Gary (Nancy) Webster and Steve Webster all of Wyaconda; two brother-in-law: Mark Seyb of Arbela and Bill (Deb) Herring of North Dakota; sister-in-law: Pat (Gary) Arnold of Arbela, Vickie (Chuck) Lubbert of Mendon, IL and Hazel (Leon) Buford of Memphis. He is also survived by an aunt, Patsy (J.D.) Baker of Texas and an uncle, Fred Webster of Kahoka, along with several nieces and nephews, great nieces and nephews, great great nieces and nephews and many many cousins and close friends, including Bernie and Mary Lou McCance and Danny Smith all of the Quad Cities and Richard (Sandra) Ross of Iowa; and, two special childhood friends, Gene (Bonnie) Willdrick and Bob (Phyllis) Willdrick, all of Illinois.

He was preceded in death by his parents; his in-laws, Elbert and Betty Herring; a sister, Dianne Seyb; a brother-in-law, Gene Paul; a niece, Allison Seyb; a nephew, Keith Arnold; and a step daughter, Lou Ann.

Friends could at Wilson Funeral Home after 9 a.m. Wednesday with family receiving friends from 6-8 p.m.

Memorials were made to the family for Lily’s and Emma’s education, or to the donor’s choice.

To send a flower arrangement to the family of Michael C. Webster , please click here to visit our Sympathy Store.

To order memorial trees or send flowers to the family in memory of Michael Webster, please visit our flower store.