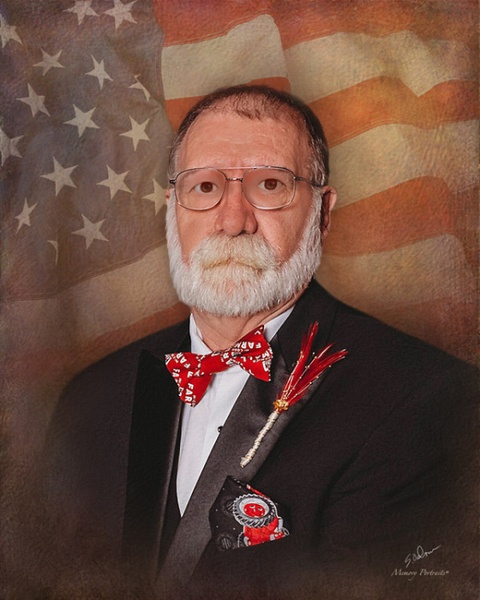 Michael Joseph Garrels, 72, of Kahoka, passed away unexpectedly at his home on Friday, February 18, 2022.

He was born on 13 November 1949 in Keokuk, Iowa, the son of the late Joseph James and Mary Louise (Heinze) Garrels. He was a graduate of Revere High School and a veteran of the United States Army from 1970-1972. He married Verna Irene Best on 2 June 1974. They became parents to three children—Mykal, Logan, and Mikayla.

Michael was a tinkerer and a fixer. He worked entirely at the Fruehauf Corporation in Fort Madison, Iowa until its closure in 2001, employed as a maintenance man who rode a pink bicycle throughout the plant. He was capable of fixing and repairing various things, though he was sometimes the victim of an upside-down tape measure. He made lawn darts from corn cobs and feathers. He never missed an episode of Tom & Jerry or Looney Tunes. He was an avid peruser of eBay and antique stores in search of vintage toy cars to rebuild and refinish. He scolded himself for spending more than fifty dollars. He believed green and blue were terrible colors for tractors. He owned an extensive collection of International Harvester toys, proud to have on display every model of tractor his father ever owned. He once built a brush chipper out of an old push mower deck and metal ducting so he could mulch corn stalks from the garden. He grew tomatoes over winter in the east facing window of the laundry room, even if it only resulted in the harvest of a few. He enjoyed crab rangoon and often belched after a meal, noting how in some countries it was rude not to. He said his job in the army was to drive along the German border, looking through binoculars only to see the Russians looking at him. The only German he ever remembered was the dirty words. He was a fan of the St. Louis Cardinals and made it a point to say baseball is superior to golf because it is far more enjoyable to hit a ball that others have to chase. He enjoyed frequent drives to the old farm for nature therapy north of Peaksville. He knew the location of every old barn and old house that used to be. He was an important man with miles to go and there is no one else like him. He will be missed enormously.

Memorial services honoring Michael’s life were conducted at 11:00 am on Wednesday, February 23, 2022, at the Wilson & Triplett Funeral Home in Kahoka where military rites were accorded by the American Legion Herman Blum Post #192 and the VFW Post #4342. Pastor Shawn McAfee officiated. A visitation was held from 10:00 am until the time of services at the funeral home. Memorial contributions in memory of Michael were suggested to the family. You are invited to share your memories of Michael and leave a condolence at www.wilsontriplett.com

To plant a beautiful memorial tree in memory of Michael Garrels, please visit our Tree Store.

To order memorial trees or send flowers to the family in memory of Michael Garrels, please visit our flower store.