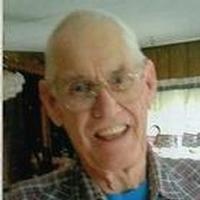 Melvin Bueford Goodale, age 77, of Kahoka, MO, died Thursday, June 11, 2015 at the Clark Co. Nursing Home where he had been a patient for one day.

He was preceded in death by his parents; a step-daughter, Annette Hurt; a sister, Zelma King; and two half brothers, Lewis and Lawrence Bristow.

Melvin attended Fisk Rombauer School in southeast Missouri. He was a U.S. Navy veteran and a member of the Navy reserves.

He was a former employee of Foote Mineral and later of Steele Castings from which he retired.

Melvin enjoyed hunting, fishing, and driving his 4-wheeler around. He loved putting in a big garden and sharing with his neighbors. He had special friends in his pups, Wendy and Dixie. He was a good grandpa who enjoyed being with his family.

Visitation was held at Wilson Funeral Home after 1 p.m. Monday with family receiving friends from 6-8 p.m.

To send a flower arrangement to the family of Melvin B. Goodale , please click here to visit our Sympathy Store.

To order memorial trees or send flowers to the family in memory of Melvin Goodale, please visit our flower store.