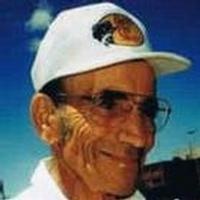 On June 1, 1958, he was united in marriage to Ella Mae Glisan at Centenary Church near Canton.

He was preceded in death by his parents; a son, Devin Dochterman; and brothers and sister: Leland, Carmen, Walter, Calvin and Delores Dochterman.

Melvin was a graduate of Canton High School and in 1956 received the FFA State Plowing Award. He served in the U. S. Army Reserves from 1954-1960.

Globe for 31 years. He was a member of the First Baptist Church of Kahoka. He worked hard his entire life, farming, caring for his cattle and doing other jobs to care for his family. He loved to travel but enjoyed getting back home even more. His family was his greatest blessing.

Funeral services will be held Thursday, June 30, 2011 at 2 p.m. at the First Baptist Church in Kahoka with Brother Bill Hauser officiating. Burial will follow in the Providence Cemetery, rural Williamstown, MO.

Friends may call at Wilson Funeral Home in Kahoka after 9 a.m. Wednesday with family receiving friends from 6-8 p.m.

To order memorial trees or send flowers to the family in memory of Melvin Dochterman, please visit our flower store.