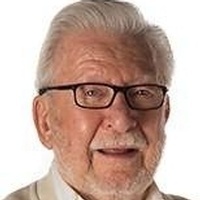 He graduated from Kahoka High School, Kahoka, Missouri in 1948 and from Culver Stockton College, Canton, Missouri with a B.S. Degree in 1952. He entered the S.S. Kresge Company, Store #344 in St. Louis, Missouri also in 1952. His lengthy career continued with many positions from stock boy, to Assistant Manager, Manager, District and Regional Manager, Buyer, Sr. Buyer, and then on to Australia with the title of Consulting Managing Director, Kmart Australia. Mr. Parsons career culminated with the titles of Executive Vice President and General Manager of Sporting Goods and Automotive, and lastly President of Kmart Enterprises in 1983. Finally, his vast experience in retailing allowed him to also serve on many Executive Boards. His career took him around the world many times.

Maxwell’s contributions were many and among them were the Jaycee and Kiwanis organizations. He was a proud Trustee of his Alma mater, Culver Stockton College from 1983-2003 as well as a speaker at the college’s commencement . He was an honorary member of Lambda Chi Alpha Fraternity. Max and his wife Mary proudly contributed to an endowment at the college helping students with scholarship opportunities

Mr. Parsons was an avid fisherman, hunter, boatsmen, Cardinal Baseball and Dallas Cowboy Football fan. He traveled far and wide on many sportman’s trips from the Florida Keys to the western U.S. He loved to play gin Rummy with his Grandson, Cameron in which he “almost “ always won, and spent precious time with his other Grandsons fishing in the U.P of Michigan, and feeding his beloved cardinal birds in Ocala, Florida with his Great Grandchildren while attending their birthday parties In Orlando, Florida. His dedication to his family and love will remain eternal in all our hearts.

We celebrate his long life and his generous spirit.

His life was remembered at a Memorial Service on Friday, September 21, 2018 at 2:30 p.m. at Wilson Funeral Home with inurnment following in the Kahoka Cemetery.

The online address is https://www.culver.edu/give/ Designate the gift for the Parsons Endowed Scholarship.

Online condolences may be expressed at www.wilsonfunerslservice.com.

Wilson funeral Home, Kahoka, Mo. Is in charge of arrangements.

To send a flower arrangement to the family of Maxwell G. Parsons , please click here to visit our Sympathy Store.

To order memorial trees or send flowers to the family in memory of Maxwell Parsons, please visit our flower store.