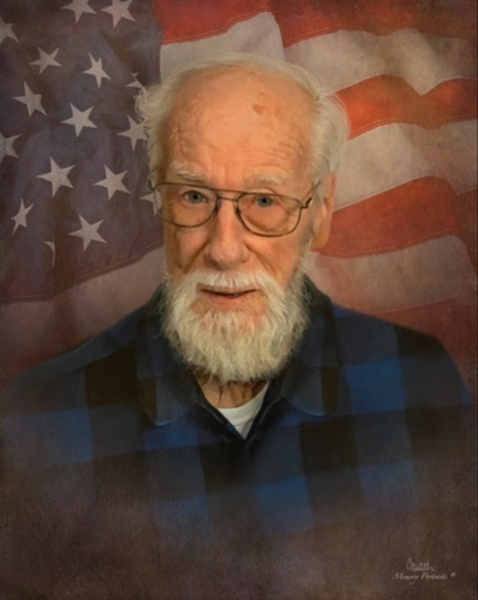 In memory of a loving, caring husband and father...

Max Summerville Byers, 90, of Macomb and formerly of Kahoka, passed away of natural causes into God’s hands at 9:15 am on January 26, 2021 at Heartland Health Care Center in Macomb.

He was born on January 18, 1931 in Chicago, Illinois to Raymond E. Byers (US postal carrier) and Orvetta N. Strickler. Max was a single child growing up as a country boy in the city, spending his summers on his uncle’s farm helping with chores and exploring the outdoors with cousins around Mendon and Loraine, Illinois. Max attended Farragut High School in Chicago graduating in 1949. He joined the National Guard in 1951 attaining the rank of Sergeant and was enlisted in the U.S. Army from 1953-58.

On May 5,1955, Max married Mary Ann Ratkovich in Chicago and shortly after, the newlyweds moved to Hawaii where Max was stationed at Schofield Barracks in Honolulu. Two children joined the family while on the island, James Carl and Mary Jo, with Roy Daniel and Richard Vernon later born in Chicago area by 1960. Max worked for various companies in Chicagoland initially as maintenance man and achieving the role of Operations Manager for various area hospitals. By the mid-1960s, the family moved to the outskirts of the suburbs seeking room to grow the family and raise an assortment of barnyard animals. A fifth child, Michael Raymond, was born in 1969.

Max was active in Scouting as a Pack Leader and Scoutmaster throughout his sons’ growing years, leading the boys in long hikes, summer camps, canoe races, and trips to Philmont Scout Ranch in New Mexico. In 1973, Max and Mary moved the family to Tucson, Arizona to be closer to his retired parents, retaining work as Operations Manager at St. Mary’s Hospital in Tucson. They returned to Colchester, Illinois in the late 1970s to seek his dream of owning a small farm; Max worked as Operations Manager at McDonough District Hospital. He and Mary divorced in 1984.Max married Margaret Lunt on June 21, 1986 and enjoyed a lasting loving marriage, finally settling in Kahoka, Missouri in the late 1990’s after retirement. They enjoyed antique collecting, traveling though out the Midwest to antique fairs to buy and sell. For the past few years, Max and Margaret lived at Grand Prairie of Macomb.

The family extends their deepest appreciation to the staff of Grand Prairie of Macomb and Heartland Health Care Center in Macomb for their care; particularly over these past months.

Funeral services honoring the life of Max were conducted at 2:00 pm on Thursday, February 4, 2021 at the Wilson & Triplett Funeral Home in Kahoka. A visitation was held from 1:00 pm until the time of services on Thursday. Memorial contributions in memory of Max S. Byers were suggested to the McDonough District Hospital Hospice Care in Macomb, Illinois. Pastor Franz Kinkhorst officiated the service. You are invited to share your memories of Max and leave a condolence at www.wilsontriplett.com

To order memorial trees or send flowers to the family in memory of Max Byers, please visit our flower store.