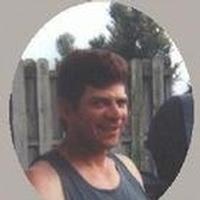 MATTHEW A. SMELTSER Matthew A. Smeltser, age 51, of Wayland, MO, died unexpectedly Monday, August 30, 2010 at the Unversity of Iowa Hospital in Iowa City, IA following a brief illness. Matt was born February 7, 1959 in St. Louis, MO, a son of Donald B. and Julie D. Pfeiferling Smeltser. Survivors include his son, Shane Walker Smeltser of Keokuk, IA; a daughter, Ashley Marie; parents, Don and Julie Pfeiferling Smeltser of Wayland, MO; two brothers, Mark Smeltser of Keokuk, IA and Michael Smeltser of Wayland, MO; two sisters, Donna (Doug) Jones of Wayland, MO and DeeDee (Don) Dupy of Keokuk, IA; nieces and nephews: Scott (Stephanie) Smeltser and their children Joseph and Jonathan of Clarksville, IA, Sam Smeltser of Kahoka, Tanya (Heath) Otte and their children, Blaine, Brice and Bailey of Palmyra, MO, Seth Elder of Columbia, MO, BreAnn Jones of Wayland, MO, and Keely and Kelsey of Keokuk, IA; as well as aunts, uncles, cousins and other relatives. He was preceded in death by his grandparents, Elmer and Amy DeEtta Pfeiferling of Warsaw, IL and Bert and Mabel Smeltser of Alexandria, MO. Matt graduated from Clark Co. R-1 High School in 1977. He worked out of Laborers Local Union No. 731, New York, New York, where he was a union construction worker in the rail transit system. He was baptized into the Methodist faith. He was an excellent baseball player and was a member of an over 40's league in New York. He rode his bicycle every day, usually putting in 40-50 miles. He was a number one pool player, enjoyed fuze ball, golfing, and collecting items. He loved his home in Wayland and the time spent remodeling it and making it his own. More than anything, he loved his time in Missouri when he could be with family and friends. Funeral services were held Friday, September 3, 2010 at 2:00 p.m. at Wilson Funeral Home in Kahoka with Pastor Barb Hagerla officiating. Burial was in the Frazee Cemetery. Memorials were suggested to Shane Smeltser Education Fund.

To order memorial trees or send flowers to the family in memory of Matthew Smeltser, please visit our flower store.