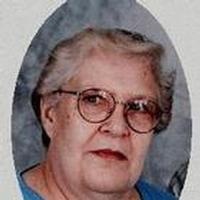 Mary Lou was born February 2, 1942 at Canton, MO, a daughter of Robert and Mamie Hess Davis.

Mary Lou graduated from Kahoka High School. She worked for years at Woolworth's in Keokuk and loved her job there, especially the daily contact with so many people and the friends she made. She was a housekeeper for several years following her employment there. Most of Mary Lou's job was spent as a caretaker, caring for others homes, caring for her family and her extended family. You could always count on a birthday card from Mary and if lucky an angel food cake or one of her famous pies. She was an excellent cook who always held any family get togethers. She could always be counted on for food whenever there was a fund raiser at the St. Francisville Community Center.

She loved her many flowers, growing a large garden, and sharing from both. For relaxation, she enjoyed completing word search puzzles. As her family said, she was all this and so much more! She will be missed.

Funeral services wereheld Monday, June 25, 2012 at 2 p.m. at Wilson Funeral Home in Kahoka with burial in the Frazee Cemetery.

Visitation as held at Wilson Funeral Home after noon on Sunday with family receiving friends from 2-4 p.m.

To order memorial trees or send flowers to the family in memory of Mary Tallman, please visit our flower store.