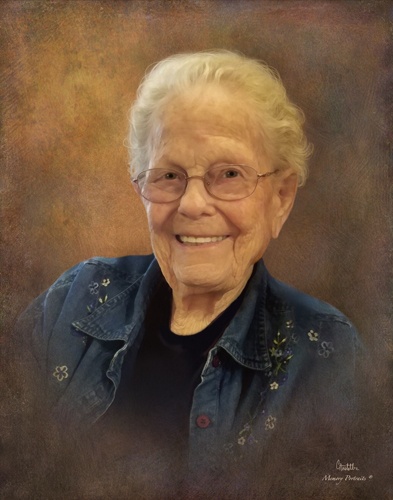 She was born on June 11, 1929 at her family home South of Kahoka, the daughter of the late Otto Herman and Georgia Margaret (Applegate) Mohr. She married Edwin Samuel Morehouse on June 24, 1972 in Wayland at the Wayland Baptist Church, he preceded her in death on June 8, 2003.

Mary was a stay at home mother for most of her life. She loved bowling, quilting, and enjoyed putting puzzles together with her grandchildren. Mary was also an avid gardener and one of the original board members of the Clark County Mule Fest. She found pride in sharing a birthday with one of her great granddaughters.

In accordance with Mary’s wishes, cremation rites were accorded. A graveside services honoring the life of Mary were conducted at the St. Paul cemetery in Kahoka on Saturday, January 23, 2021at 1:00 P.M. Wilson and Triplett Funeral Home in Kahoka was entrusted with the care and arrangements. Memorial contributions in memory of Mary were suggested to the Samuel A. Hartje Fund in support of those affected by spina bifida. You are invited to share your memories of Mary and leave a condolence at www.wilsontriplett.com

To order memorial trees or send flowers to the family in memory of Mary Morehouse, please visit our flower store.