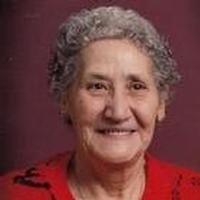 She was born August 20, 1927, in Farmington, IA, a daughter of Louis and Evelyn Phillips Briley.

She was preceded in death by her parents; her husbands, Victor, Cliff and Richard; two sons, Victor Young, Jr. and Samuel Eugene Robison; one grandson, Larry Hayden; two sons-in-law, Garry Simmons and Floyd Sommers; four brothers and a sister; and several nieces and nephews.

Mary attended school in Keokuk, IA and was a member of the Kahoka Christian Church. She spent all of her life caring for others, owning boarding homes twice in her life, as a CNA, and staying with patients in their home. She loved to crochet (especially crosses), do crafts, and make jewelry. Second only to her family, was her love for traveling, fishing, camping, and wintering in Texas. She loved to dance and she was an awesome cook. Her dog, Chi-Chi, was a special friend and companion. She loved her family dearly, especially her grandchildren, and they learned early in life that when grandma talked, you listened.


Memorials may be made to the family (checks to Rita Barry).

To send a flower arrangement to the family of Mary Young Helm , please click here to visit our Sympathy Store.

To order memorial trees or send flowers to the family in memory of Mary Helm, please visit our flower store.