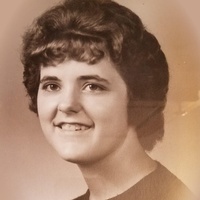 Mary was born October 6, 1946 in Keokuk, IA, a daughter of Warren Lee and Mary Louise Bird Hagmeier. She had been married to Bobby Lee Heevner.

Tyler Pablonis of Kahoka, Kennedy (Jude) Chapman of Warrensburg, Payton and Chase Heevner, both of Warrensburg, Caleb and Izzy Blair, of Columbia, IL. A sister, Sharon (Cliff) Huls of Bentley, IL; as well as nieces and nephews and other relatives.

She was preceded in death by her parents; grandparents; and brother, Brad.

Mary graduated from Keokuk HighSchool and retired from Henniges in Keokuk.

Mary loved to bowl on leagues on each Sunday, Monday and Wednesday at the Kahoka Bowl and was received into the Bowler’s Hall of Fame as Bowler of the Year for 2018 in Kahoka. She made life-long friends through the years.

Mary’s family came first in her life. She loved each of them and was well known for her large, contagious smile which she passed on to them. In addition, she had a special place in her heart for her fur family. She had many sayings that she passed on to her family, but during her battle with ALS and all of the challenging days she always told them with a smile "One Day at a Time".

Visitation was held from 5-7 p.m. Tuesday at the funeral home.

Memorials may be made to ALS Foundation.

To send a flower arrangement to the family of Mary L. Hagmeier , please click here to visit our Sympathy Store.

To order memorial trees or send flowers to the family in memory of Mary Hagmeier, please visit our flower store.