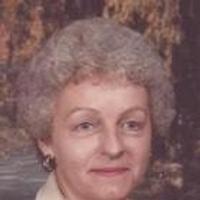 Mary was born December 24, 1938 in Keokuk, IA, a daughter of James F. and Neva McCarty Adamson.

She was raised north of Luray, and graduated from Granger High School in 1957.

On December 24, 1959, she was united in marriage to Norman L. Dieterich in Keokuk.

Survivors include two brothers, Carl (Janet) Adamson of Douds, IA and Larry (Nancy) Adamson of Kahoka, MO; one sister, Jeannie Ray of Kahoka, MO; as well as many nieces and nephews and their families; cousins, and other relatives.

She was preceded in death by her parents; her husband; a nephew, Rusty Ray; and brothers-in-law and sisters-in-law: Larry Ray, Francis and Catherine Dieterich, Betty and Harry Perry and Geneva and Wilbur Roberts.

Mary worked for Moore Business Forms until it burned and then worked at and retired from Shellor Globe in Keokuk. While at Shellor Globe, she gained the notoriety of being one of the first two women in the state of Iowa to be certified as industrial firefighters in 1978. She was also a member and former secretary of URW Local 444.

Mary was a long-time member of the Bethlehem Baptist Church. She and Norman developed a love for scuba diving and would travel to Florida to dive. Norman developed a method for keeping ponds' water systems silt and debris free which involved diving in order to install it. They were unable to continue as Norman's health failed. Not without interests of her own, Mary, a former Master Gardener, grew and collected herbs and plants that interested her, filling her yard with so many plants she hardly needed to mow. She was always on the hunt for rare plants as well as spices. She loved doing cross-word puzzles and couldn't wait each day untl the newspaper would come with a new one in it. She was devoted to her famly and four legged furry friends. She was also an avid St. Louis Cardinal fan.

At her request, her remains have been donated for medical research.

A memorial service will be held at a later date in the Combs Cemetery at Luray.

Memorials in lieu of flowers are requested to the Combs or Bethlehem Cemeteries.

The family is being assisted by Wilson Funeral Home.

To send a flower arrangement to the family of Mary V. Dieterich , please click here to visit our Sympathy Store.

To order memorial trees or send flowers to the family in memory of Mary Dieterich, please visit our flower store.