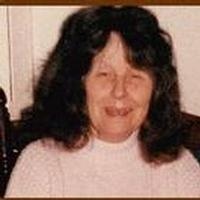 Mary was born June 10, 1934 in Mt. Sterling, IA, the only daughter of Earl and Fern Swanson Owen.

She married Ross Edward Cochenour on October 9, 1960 at the Kahoka Methodist Church. Ross preceded her in death on December 5, 1993.

She was preceded in death by her parents; her husband; two sons, Bobby in 2010 and Nathan in infancy; and a sister-in-law, Linda Owen.

Mary graduated from Williamstown High School. She was a member of Gospel Temple Church of God in Christ in Keokuk, IA. The majority of her life was spent caring for her family and for many years she was an in-home aid. Mary loved to grow flowers and in earlier years a large garden. She was a talented seamstress and very artistic. She dearly loved animals.

One could not help notice the tremendous and strong faith Mary had. She was eager to share her faith and spread the gospel to anyone who would listen. She was always there for someone in need and was particularly drawn towards them. She dearly loved her grandchildren and great-grandchildren.

Funeral services were held Tuesday, September 4, 2012, at 10:30 a.m. at Wilson Funeral Home in Kahoka with Rev. Fred Starling officiating. Burial was in the Kahoka Cemetery.

To order memorial trees or send flowers to the family in memory of Mary Cochenour, please visit our flower store.