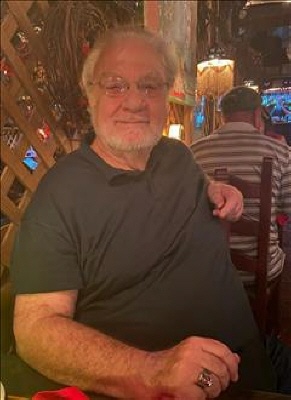 Marvin "Marv" Eugene Gregory was born September 4th, 1943 in Ashton, Missouri to John and Pearl Gregory. Marv graduated Kahoka High School in 1961. He attended college before deciding to enlist in the United States Marine Corps in 1963, where he was stationed at Camp Pendleton in San Diego, California. Following discharge from the Marines, Marv continued to build on his education in business management as a purchasing agent for McDonnell Douglass, and as an entrepreneur who started and developed many successful small businesses.

Marv was a devout Christian and passionate about spreading the word of God. He was a lifelong study of the Bible and spreading the message of salvation. Marv had a long love of motorcycles and cars. Throughout his lifetime he could often be found riding his motorcycles and commiserating with friends and family over a shared love of their bikes and burgers. He brought his passion for adventure, challenge, and Christ to every area of his life, especially his business ventures. He started Auto Parts stores, motorcycle dealerships, a restaurant and several others before retiring when selling his Business office supply stores in Claremore, Oklahoma. He had a strong conviction to give back through investment and participation in the communities that he served. He participated in Rotary and many community organizations supporting small business development and received numerous community and leadership service awards. Although he was ambitious and driven, the light in Marv's life were his daughters, Natalie and Ashlie. He instilled in them dedication to their education, a strong work ethic, love of Christ and loyalty to friends and family.

If Natalie and Ashlie were the light in his life, his grandchildren, Garrett and Gillie were his moon and stars. Marv often rewarded good grades, supported their passions and encouraged them both to pursue their dreams and to continue their education. Marv was a very proud, dedicated and caring father, grandfather and a friend to many people. He was a strong willed, opinionated, soft-hearted man who wanted the very best for those he held near and dear to his heart.

Marv was proceeded in death by his parents, John and Pearl Gregory and his brother James Gregory. He is survived by his daughters: Natalie Gregory, Ashlie and Gary Casey, grandson Garrett Casey and granddaughter Gillian Casey. His brother Melvin Gregory and sister Nelma Goodale.

To order memorial trees or send flowers to the family in memory of Marvin Gregory, please visit our flower store.