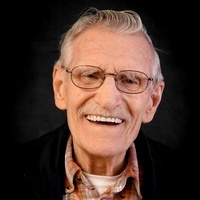 Marvin served in the U. S. Air Force from 1958 until 1962 attaining the rank of Airman 3rd Class. He served as an Administrative Clerk in Texas, Miami and then Puerto Rico for three years.

On December 20, 1989 he was united in marriage to Judith Hoffman Mack in Fort Madison, IA.

He was preceded in death by his parents; mother-in-law, Esta Hoffman; two sisters, Marilyn Poplett and Maureen (Milton) Kelly; Judith’s twin brother, Kenny and Dorothy Hoffman; and other relatives.

Marvin was a retired 31-year employee of J. I. Case in Burlington. He did various welding jobs for a time following his retirement.

Marvin really enjoyed antique gas engines and going to Old Threshers. He loved watching WWE wrestling, eating popcorn and drinking diet coke. He enjoyed putting together puzzles and daily working word search puzzles. Marvin had a large, contagious smile and got his exercise walking around the Clark Co. Nursing Home every day and visiting with residents and workers. He and Judith were always involved when there was an activity there. He loved getting the local newspapers in order to look for and keep up with his grandchildren’s many activities.

Memorials may be made to the Clark Co. Nursing Home Activity Fund.

To send a flower arrangement to the family of Marvin S. Douglas , please click here to visit our Sympathy Store.

To order memorial trees or send flowers to the family in memory of Marvin Douglas, please visit our flower store.