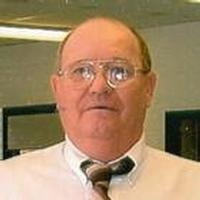 Marvin was born July 21, 1946 at Kahoka, MO, a son of Lloyd Curtis and Ella Marie Applegate Brotherton. He graduated from Kahoka High School in 1965.

He and Carolyn Sue Ward were married in 1966 and from this union three children were born: Michael Shawn, Scott Duane and Jennifer Sue. They divorced in 1987. On June 20, 1998 he was married to Glenna Jo Kruse Reusch at the Timber Lodge in Shannondale County, MO.

He enjoyed spending time with family and friends and going to flea markets and yard sales. He loved spending time at his summer home outside of Salem, MO, camping and working outside. He had a giving nature and was always attempting to give things to others to help them out.

To send a flower arrangement to the family of Marvin D. Brotherton , please click here to visit our Sympathy Store.

To order memorial trees or send flowers to the family in memory of Marvin Brotherton, please visit our flower store.