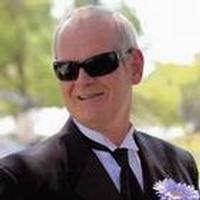 Mark was born March 3, 1960 in Keokuk, IA, a son of Kenneth H. and Ella Mae
Thompson Cannon and was very proud to grow up in Alexandria, MO.

He attended Alexandria, MO Elementary and graduated in 1978 from Clark Co. R-1
High School. He went to college at Southeast Iowa Community College and Crowder Junior College at Neosho, MO where he played baseball and was a Golden Gloves Boxer.

Mark was most recently employed by Charles Industries in Canton, MO, but was well-known in Kahoka for working at J & J Stop ‘n' Go for many years.

Mark was of the Presbyterian faith and had accepted Jesus Christ as his Lord and Savior.

He was an avid hunter and fisherman. One of the joys of his life was to go fishing with friends at the Des Moines River. Mark was a professional fisherman with a record catch of a 75 lb. Catfish, but reported bigger ones that got away. With the encouragement of a friend, he became quite the collector of day lilies.

Mark could always be counted on for a quick joke or a helping hand. He loved spending time with his family, rooting for the Green Bay Packers or chasing his nieces and nephews with his latest "kill" or "catch of the day".

He was loved and adored by his family, who will always remember his kindness and courage.

"No man is a failure who has friends." (from "It's a Wonderful Life").

Funeral services were held Monday, April 29, 2013 at 10:30 a.m. at Wilson Funeral Home in Kahoka with Bro. Bill Fox and Dr. David Castrodale officiating. Burial was in the Sand Cemetery at St. Francisville, MO.

To send a flower arrangement to the family of Mark "Bubba" Wesley Cannon , please click here to visit our Sympathy Store.

To order memorial trees or send flowers to the family in memory of Mark Cannon, please visit our flower store.