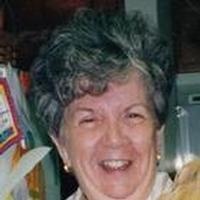 Marjorie Ann Summers, age 85, of Kahoka, MO, died peacefully on Monday, April 13, 2015 at the Clark Co. Nursing Home in Kahoka where she had been a resident the past three months.

Marge was born October 18, 1929, in Hannibal, MO, the daughter of Loran and Florence Stieghorst Smith.

She married Hugh L. Summers on July 24, 1954 at the First Christian Church in Hannibal, MO. Hugh was serving in the U.S. Air Force when they married so they lived in Marietta, GA until he was discharged. During that period she taught high school in Marietta until the end of December, 1954, when Hugh received his discharge. They moved to Kahoka in August of 1957.

She was preceded in death by her parents and two brothers-in-law, Oscar and Marvin Summers.

Marge graduated from Hannibal High School with the class of 1947 and from Northeast Missouri State Teacher's College in May of 1951 with a B.S. Degree in Business Education. She received her Master of Arts Degree from Kirksville in August of 1952. She was Valedictorian of both her High School and College senior classes.

In college, Marge was a member of Cardinal Key, Pi Omega Pi, Phi Kappa Epsilon, and Sigma Sigma Sigma social sorority. She taught school at Roosevelt High School in St. Louis, MO prior to her marriage. She taught Vocational Business Education subjects for 32 years at Clark County until retiring in 1995. She had substitute taught until three years ago.

Marge was a member of the Kahoka Christian Church since moving to Kahoka in 1957. She was a faithful member, serving as a Sunday School teacher and as elder of the church.

After retiring, she and Hugh traveled and visited all 50 states. Some of her greatest memories were taking all four grandchildren on trips during the summers. The past six years she and Hugh spent the four winters months in Tavares, FL, where they made many friends. She will be missed by all of her family, students, and many friends.

Memorials in lieu of flowers are suggested to the Clark Co. Local Cancer Fund or the Kahoka Christian Church.

To send a flower arrangement to the family of Marjorie A. Summers , please click here to visit our Sympathy Store.

To order memorial trees or send flowers to the family in memory of Marjorie Summers, please visit our flower store.