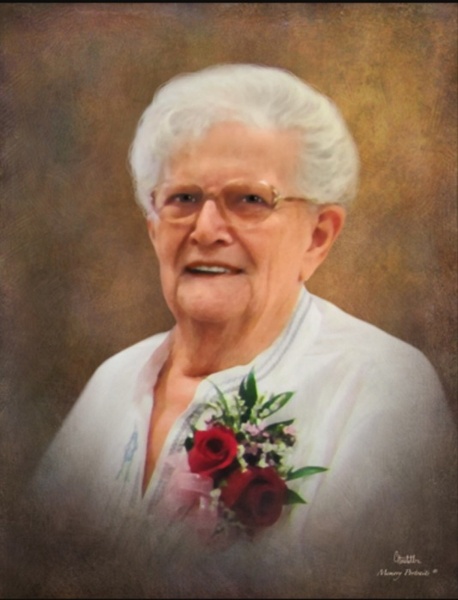 Marjorie Alderton, 94, of Kahoka and formerly of Wyaconda, passed away at 1:55 pm on Tuesday, November 17, 2020 at the Clark County Nursing Home in Kahoka.

She was born on April 8, 1926 on the family farm near Wyaconda, the daughter of the late Frederick George and Josibelle (Sullivan) Whitehead. Marjorie married Charles Hayden Alderton on December 24, 1950 and he preceded her in death on October 14, 2003.

Mrs. Alderton worked as a teacher’s aide for Wyaconda C-1 school district for several years until her retirement. Marjorie loved quilting and crafting quilts for people. She loved reading, working puzzles and enjoyed watching birds; especially cardinal birds. She liked antiques and was a known collector of “Ugly Birds”. Marjorie and her husband used to enjoy feeding birds in the winter months.

Marjorie is survived by her sons; Jim (Candy) Alderton of Wyaconda and Jeff (Sue) Alderton of New London, Iowa, a daughter; Kathy (Kent) Calvert of Kahoka, four grandchildren; C.J., Chris, Hillary and Caleb, six great grandchildren; Lance, Nick, Charlie, Hannah, Gavin and Callie and by several nieces and nephews. Besides her parents and husband, she was preceded in death by a brother Frederick Whitehead two sisters; Lenna Benge and Hazel Watson, two brothers in-law; Wallace Watson and Jesse Benge and by a sister in-law; Norma Whitehead.

In accordance with Marjorie’s wishes, cremation rites were accorded and a service honoring her life will be conducted at a later date. Wilson & Triplett Funeral Home in Kahoka has been entrusted with the care and arrangements. Memorial contributions in memory of Marjorie were suggested to the Wyaconda Cemetery Fund. You are invited to share your memories of Marjorie and leave a condolence at www.wilsontriplett.com

To order memorial trees or send flowers to the family in memory of Marjorie Alderton, please visit our flower store.

Family to do services at later date