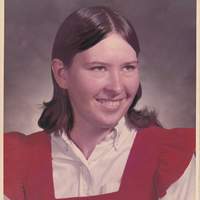 Marilyn E. Ross, age 62, of Kahoka, MO, passed away Thursday, May 16, 2019 in the University of Iowa Hospital in Iowa City following a cancer diagnosis three years ago.

Marilyn was born April 11, 1957 in Fairfield, IA, a daughter of William O. and Nora A. Criger Moore.

She married William "Bill" Ross on June 7, 1984 in Kahoka and they would have celebrated 35 years of marriage next month.

Survivors include her husband, Bill Ross, of Kahoka; two sons, Kenneth (Alexis) Ross and Kyle Ross, all of Kahoka; step-children and their families: Nadina Rhoades of Maine, William Ross III, Timothy Ross, and Susan Ross, all of Iowa; a step-grandson, Dominic Salyers of Kahoka; four sisters: Shirley Smutz of Birmingham, IA, Bertha Moore of Argyle, Veleta Wilkinson of Oskaloosa, and Darilyn Moore of West Point; sisters-in-law and brothers-in-law: Mary Moore of Birmingham, Ralph Rice of Milton, Ron (Kim) Ross of Ottumwa, Don (Lisa) Ross of King of Prussia, PA, Beverly Sell of Washington, and Daniel (Candy) Ross of Hillsboro; as well as several nieces and nephews and their families, cousins, and other relatives.

She was preceded in death by her parents; a brother, Dwayne Moore; two sisters, Marlene (in infancy) and Barbara Rice; a step-son, Jason Ross; a brother-in-law, Ron Wilkinson; and two nephews, Cody Yeoman and Adam Moore.

Marilyn graduated from Keosauqua High School. She attended Crossview Fellowship in Keokuk, was a member of the Kahoka Lion’s Club and honorary member of the American Legion Auxiliary.

Bill promised Marilyn that she would never have to work outside of the home and he would take care of her. She was blessed to have been able to raise her children and babysit others. She kept very busy in the community and almost every weekend in the summer you would see her working with the Lion’s Club making and selling ice cream with a devoted few.

She also volunteered at the Helping Hands Food Distribution and was a former Boy Scout Leader. Marilyn would often mow yards with Bill around the city of Kahoka.

Marilyn gave back to the community wherever possible. In her free time she enjoyed working in her flower garden, and spending time with her family and her dog, Jersey. She also loved to crochet.

Memorial services were held Wednesday, May 22, 2019 at 3 p.m. at Wilson Funeral Home in Kahoka with Pastor Ray Gilbert officiating. Inurnment will be at a later date in the Keokuk National Cemetery.

Memorials in lieu of flowers are suggested to the family.

To send a flower arrangement to the family of Marilyn E. Ross , please click here to visit our Sympathy Store.

To order memorial trees or send flowers to the family in memory of Marilyn Ross, please visit our flower store.