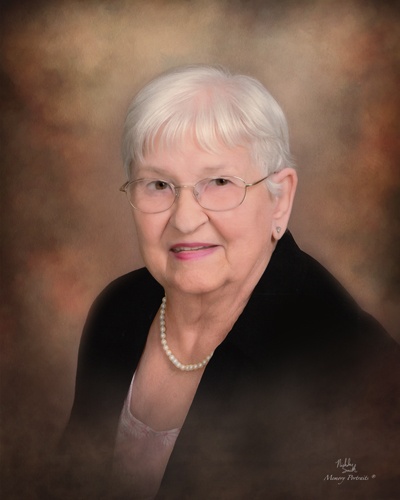 She was born on June 4, 1936 in Keokuk, the daughter of the late Sidney and Jennie (Land) Cook. She was married to the late Bennie Jacobs and later married to Delbert Scott. She married Don (Papa Don) Kelly on June 21, 1975 and he preceded her in death in May of 2013. In Marilyn’s earlier years she owned and operated the Airport Café in Willows, California. Later, she and her husband Don owned and operated Kelly’s Janitorial Service for several years.

Marilyn was a member of St. Martha’s Catholic Church in Wayland, a member of the Altar Society and on the church council. She and Don were very active members of the church.

A Mass of Christian Burial was conducted at 10:00 am on Tuesday, October 20, 2020 at Saint Michael’s Catholic Church in Kahoka. Father Rob Fields presided the service. Interment followed at Frazee Cemetery in rural Alexandria. A visitation will be held at 9:00 am until the time of mass at the church. Memorials in memory of Marilyn were suggested to the charity of the donor’s choice. Wilson & Triplett Funeral Home in Kahoka was entrusted with the care and arrangements. Due to the coronavirus concern, those attending services are kindly required to wear a face covering.  You are invited to share your memories of Marilyn and leave a condolence at www.wilsontriplett.com

To order memorial trees or send flowers to the family in memory of Marilyn Kelly, please visit our flower store.