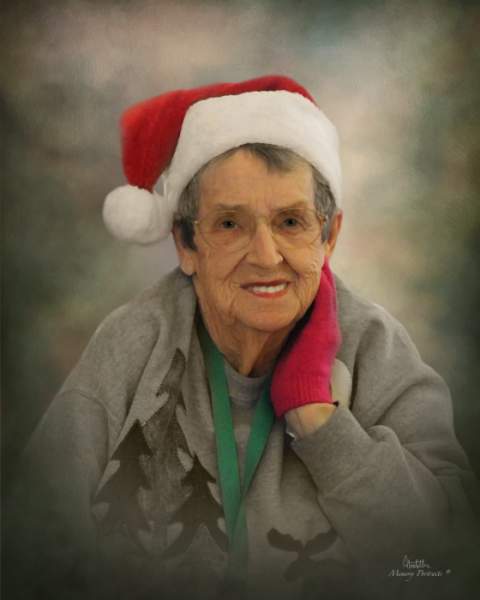 
Margaret Louise Barry was born on January 20, 1931, in her Grandparent's house on 16th and Locust Street, Quincy, Illinois to Harold Barry and Hazel (Slater) Barry.  They divorced, and at age five her Mother married Charles Hertzler and they moved to a house at 1433 Maple Street in Quincy.  At an early age Margaret taught herself to play the accordion and piano.  On occasion she would perform at the Soldiers and Sailors veterans home.  Her Aunt Dorothy would also have her play the pipe organ on an excursion boat that ran from Quincy to Hannibal.  She was also known for her ability to yodel.  Music was a joyful part of her life until the effects of a stroke in 2021.


Margaret attended Dewey School and one year at Quincy High school.  Due to the ill health of her mother she quit school and worked at Kresges in the toy department.  Her next employment was at Lunt Bros. Market at 1040 Broadway Street in Quincy where she met the love of her life, Donald Lunt, and they were married on February 28, 1948.  Together they raised four boys in Plymouth, Illinois.  She actively supported her boys participation in sports, attending all the baseball and basketball games they were in.  She was thought by some to be a professional umpire and referee critic, especially if a call she disagreed with involved one of her sons.  Margaret enjoyed her involvement in volunteer work during her life at both Methodist and Baptist churches.  She worked many years to help provide for her family and was a familiar face and employee at the Plymouth Drug Store, and a Walmart greeter (Prescott Valley, AZ and Keokuk, IA).  She was also employed at King Seeley in Macomb, TA Travel Center in Arizona, and the housekeeping department head at McDonough District Hospital in Macomb.  Her most rewarding role in life was that of being a wife and mother for her family.  Spending time with her boys, their spouses and all of the grandchildren was top priority.  Also adding to the happiness of her life was her Barry family of brothers and sisters, their spouses and children.  Through her marriage to Max Byers from June of 1986, to his passing in January of 2021, several stepchildren and their families were also added to her list of family joys.  Even though her entire childhood was during the great depression, she believed the glass was always at least half full and that good could be found in everyone.


Memorials in Margaret's name to Blessing Hospice are gratefully accepted.

Friends and family are invited to share their memories of Margaret at www.wilsontriplett.com

To order memorial trees or send flowers to the family in memory of Margaret Byers, please visit our flower store.