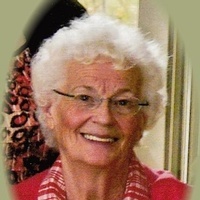 Margaret Mae Boecker, age 81, of Kahoka, MO, passed away Sunday, June 17, 2018 at the Clark Co. Nursing Home in Kahoka with her family by her side.

Margaret graduated from Roseburg High School in Roseburg, OR on May 28, 1956.

Two years later while living in California she met Keith Boecker of Farmington, IA, who was stationed in the Navy in California. They were married on January 17, 1958 in Sacramento. While in California, they had a son, Leonard. Following Keith’s discharge from the service, they moved to Keokuk, IA where their daughters, Anita and Nadine were born.

She and Keith later divorced and she and Lynn "Kip" Kippling became special friends and companions.

She was preceded in death by her parents; one son as a toddler, Leonard Boecker; four brothers: Arnold, Howard, Herndon and Walter Cassell; sister, Mary Cassell Wilson; and her dear friend and companion, Lynn "Kip" Kippling.

While her children were young, Margaret was a stay at home mom. She later worked for Sheaffer Pen (Bic Corp) for twenty-five years, retiring in 1998. By this time she had met Kip and they moved to Mt. Pleasant and after his passing she moved to Kahoka to be closer to her family. She lived in the Kahoka Senior Housing where she made good friends It became necessary that she enter in Clark Co. Nursing Home in January of 2018.

Margaret was baptized at St. Paul Lutheran Church in Roseburg, OR in 1952. She had enjoyed dancing, traveling, playing cards and cooking. She loved spending time with family and seeing her grandchildren and great grandchildren.

Funeral services were held Tuesday, June 19, 2018 at 6:00 P.M. at Wilson Funeral Home in Kahoka with Pastor Shawn McAfee officiating. Cremation followed and an inurnment will be held at a later date in the Forest Home Cemetery in Mt. Pleasant, IA.

Memorials are suggested to the Clark Co. Senior Center.

To send a flower arrangement to the family of Margaret M. Boecker , please click here to visit our Sympathy Store.

Friends may call at Wilson Funeral Home in Kahoka after 9 a.m. Tuesday with family receiving friends from 5 p.m. until service at 6 p.m.

Friends may call at Wilson Funeral Home in Kahoka after 9 a.m. Tuesday with family receiving friends from 5 p.m. until service at 6 p.m.

To order memorial trees or send flowers to the family in memory of Margaret Boecker, please visit our flower store.