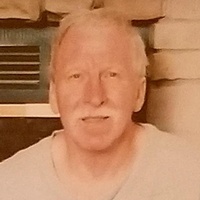 Lyle graduated in 1964 from Kahoka High School and served in the United States Army for 2 years during the Vietnam War. He worked at Leigh Leopold, Diamond Vogel and Rainbow Oil in Production, retiring in 2008.

He was of the Methodist faith. He was a Commander for the VFW Post 10102, on the board of Burlington Bees Baseball Association, and was a Little League Coach for many years. He enjoyed bowling, shooting darts for the VFW, fast and slow pitch softball, and being with his family.

The funeral for Mr. Nixon will be at 2:00 p.m., TUESDAY, November 27th at Wilson Funeral Home in Kahoka, MO, with visitation one hour prior to service. Interment will be in Chambersburg Cemetery in Chambersburg, MO with military rites.

A memorial has been established for the Chambersburg Cemetery Association.

To send a flower arrangement to the family of Lyle E. Nixon , please click here to visit our Sympathy Store.

To order memorial trees or send flowers to the family in memory of Lyle Nixon, please visit our flower store.