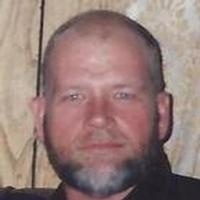 Lyle was born December 11, 1950 at Kirksville, MO, a son of Lowell and Loubelle Drake Davis.

On December 11, 1970, he was united in marriage to Wanda R. Young at the First Baptist Church in Kahoka.

He was preceded in death by his parents; brothers-in-law, J. C. Brotherton and Dennis York; father-in-law and mother-in-law, Joseph "Skeet" and Ava Barwick Young, and grandpuppy, Gizmo.

Lyle was a hard worker all of his life. In earlier years, he worked for Ralph Plenge, Sr. on his farm and at his feed store. He then worked for Sherwood and Sons, St. Louis Diecast in Keokuk, and part-time for Kaiser Quarry and then MFA, both of Kahoka. He also raised cattle and hogs.

Lyle had a talent of creating things out of anything, or as James said "as a "shade tree inventor". He had restored two trucks from four old ones that he was very proud of.

Lyle was a member of the South Wyaconda Baptist Church. He and Wanda loved to go dancing on weekends and visit with the friends they made there. He became interested in photographing the wildlife around him, including deer and wild cats, many from his front door. He was an excellent euchre player and recently had began playing at the senior center in Kahoka on Wednesday evenings. He was a faithful blood donor for the Red Cross and was one pint short of twelve gallons. He passed away at his farm while working hard as he always did.

To send a flower arrangement to the family of Lyle E. Davis , please click here to visit our Sympathy Store.

To order memorial trees or send flowers to the family in memory of Lyle Davis, please visit our flower store.