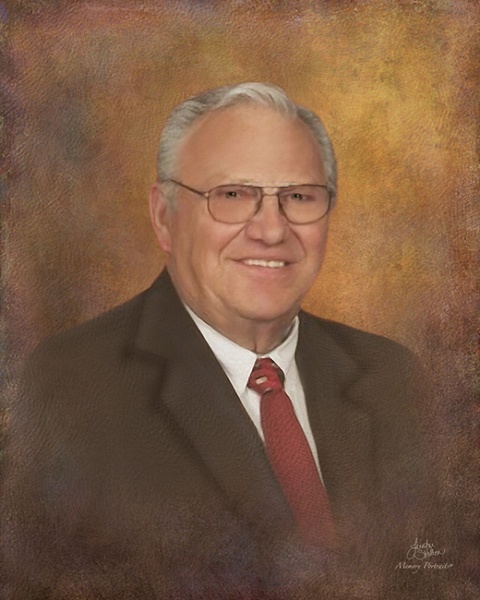 Louis “Louie” David Ferguson, age 89, of Carroll, IA, went home to be with the Lord on Saturday, October 24, 2020 at St. Anthony Nursing Home in Carroll, IA, surrounded by his family.

Louis was born on January 17, 1931 to Chester D. Ferguson and Sylva C. (Kapfer) Ferguson in Meyer, IL. His early years were spent on the banks of the Mississippi River. At the young age of 10 he moved with his mother & three siblings to Northeast Missouri. His love of beekeeping began at that young age as he found it to be an enjoyable way to help support his family. Nothing could make Louis laugh more than being with his brothers. The stories of their childhood shenanigans would cause raucous laughter until your sides hurt. Louis met his one true love while attending high school in Wyaconda, MO. He & June O. Steele were united in marriage on August 12, 1951. Louis’ early life consisted of a myriad of jobs while in high school & attending college. He fondly told stories of his adventures as a “delivery boy” for a high-end department store, mail carrier, coal miner, road worker, farm hand, butcher and co-owning a Skelly Service Station in Joplin MO with his brother, Jim. Louis had many interests & hobbies. After his father moved to Montana & began an interest in rocks, he shared that interest with his son. And so began Louis’ quest as a “Rock Hound”. Louis was an avid gardener. From the enormous vegetable gardens to his beloved flowers in the back yard, the fruits of his green thumb were known by & provided for many. “Louie’s honey” is a much loved phrase used when referring to his bee keeping abilities. Louie lovingly cared for his bees and enjoyed the bee keeping community.

Louis graduated from Ozark Christian Bible College in 1956, at which point he & June moved to their first home in Iowa. Louis’ preaching career spanned 10 years as he preached in Bagley & then Correctionville Iowa.  He may have left the ministry but ministering to people about the love of Jesus Christ never ceased until the Good Lord called him home. 1965 began a new chapter for Louis & June, as they moved to Peterson, IA where he served as Director for Midwest Christian Children’s home. Throughout their 11 years as home parents they loved, cared & guided many children that remain as part of their family today. In 1976, Louis & June moved to Carroll to begin work with a new concept in the help & care for mentally & physically challenged adults, which became New Hope Village. Louie, as he became known in Carroll, held a variety of different positions throughout his 40 plus years at New Hope however, one thing remained the same; his love for the clients & the treasured friendships of those he worked with.  Louis’ intrinsic nature was loving & serving others. He was devoted to helping neighbors, friends & even strangers. The door to the Ferguson home was always open for all to enter. On any given day you could find Louie having “coffee with the guys”. His family was a true source of pride. Louis spent 25 years as a board member of Shiloh Christian Children’s Home, 40 plus years as a member of the Carroll Lion’s Club, he was instrumental in founding the Carroll Church of Christ where he served as an Elder for many years. He counted his Church family was one of his greatest blessings. His kindness and gentle ways will be missed by many.  As Louie’s 89 years on earth were coming to an end, Amanda & Terri from St Anthony Home Health & Hospice were his real-life angels. Dr. Ervelli and the entire St Anthony Hospital & Health Care System blessed him with care & dignity.  When he reached Heaven’s gate, June was undoubtedly there to meet him; asking what had taken him so long while our heavenly Father welcomed him with, Well done, good and faithful servant! You have been faithful with a few things; I will put you in charge of many things. Come and share your Master’s happiness!”  Mathew 25:23, NIV

Louie was preceded in death by his parents Chester and Sylva Ferguson; his father and mother-in-law Joseph and Sylva Steele; two brothers: Dr. Ronald Ferguson and James Ferguson; and two grandsons Phillip Brodnax and Andrew Ferguson.

Funeral services will be held at 10:30 A.M. on Friday, October 30, 2020 at the Church of Christ in Carroll with Rod Roberts officiating.  Pianist for the service will be Trish Roberts.  Casket bearers will be Louie’s grandsons: Brian Ferguson, Brett Ferguson, Bradley Ferguson, Joshua Ferguson, Jordan Brodnax, Taylor Venteicher, and Shawn Swafford.  Honorary casket bearers will be Louie’s grandchildren: Christy Ferguson, Lindsey Trulock, Stephanie Swafford, Gabriella Steiner, Jessika Martin, and Shawn Stackhouse. A livestream broadcast of the funeral service may be viewed on the church’s YouTube channel at the following link:  https://www.youtube.com/channel/UCT9juIQ-cJitGOER-4bYu_g

Those in attendance at Louie’s visitation and funeral service are asked to abide by Covid-19 social distancing guidelines and facemasks are required at the funeral home and the church.

Local funeral services honoring the life of Louie were conducted at 11:00 A.M. on Saturday, October 31, 2020 at the Wilson & Triplett Funeral Home in Kahoka, Missouri, Rev. Phil Casey officiated the service.  A visitation was held at the Wilson & Triplett Funeral Home from 10:00 A.M. until the time of service on Saturday.  Burial followed in the Neeper Cemetery in Neeper, Missouri. You are invited to share your memories of Louie and leave a condolence at www.wilsontriplett.com

To order memorial trees or send flowers to the family in memory of Louis Ferguson, please visit our flower store.