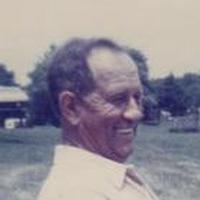 Loren E. Rahn, age 87, of Kahoka, MO, passed away peacefully surrounded by his family, on Friday, July 18, 2014, at the Clark Co. Nursing Home where he had been a resident a short time.

Loren was born August 11, 1926 near Nauvoo, IL, a son of John and Nellie Pearl Knipe Rahn.

He first married Mildred Wright and to this union three sons were born, Loren M., Jackie L., and Patrick A. Rahn. He married Beverly Parrish Ballinger on March 26, 1965 at the Methodist Church in Hamilton who brought three precious daughters into the union, Barbara, Nancy and Linda Ballinger. They were later blessed with two children, Thomas W. and Teresa A. Rahn.

He was preceded in death by his parents; one son, Jackie Lee Rahn; a daughter, Linda Ballinger; a sister, Dorothy Anna Rahn; and, three half brothers and two half sisters.

Loren was raised in the Nauvoo and Hamilton area and moved to Kahoka in 1993 to be near their daughter, Linda.

He spent his early years at various jobs, including the Baxter Winery, Nauvoo Cheese Factory, Ready-Mix in Dallas City, and Keokuk Steel Castings. He helped build the swimming pool at Camp Eastman. He retired from the Iowa Ammunition Plant in 1991 where he was a fireman. He worked hard all of his life and was a "jack of all trades".

Loren was a volunteer Nauvoo fireman for many years. Following their move to Kahoka, he and Bev were active members in the Kahoka Christian Church and the Clark Co. Food Pantry organization. A U.S. Army Veteran, Loren was a member of the V.F.W. at Warsaw and Herman Blum Post #192 of the American Legion at Kahoka.

He loved to mow and maintain a beautiful yard. Following his retirement he went to work for the City of Kahoka, where he took great pride in ensuring that the Kahoka Cemetery was always at its best for those who visited their loved ones' graves. Family was very important and he enjoyed camping with them in earlier years. He also loved playing a competitive game of dice, particularly Zilch. He and Bev loved to look out their window and enjoy the many birds that spent time there. He had a strong faith, a tremendous sense of patriotism, and an unconditional love for family.

Memorials are suggested to the Kahoka Christian Church or the Clark Co. Nursing Home Activity Fund.

To send a flower arrangement to the family of Loren E. Rahn , please click here to visit our Sympathy Store.

To order memorial trees or send flowers to the family in memory of Loren Rahn, please visit our flower store.