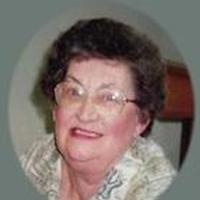 Lola Belle was born January 20, 1925 in Kahoka, the daughter of Samuel B. and Bessie L. Freed Fish.

She was preceded in death by her husband, Richard "Jack" Bogener; her parents, Samuel and Bessie Fish; her inlaws; and two brothers, Earl and Freed Fish.

Lola Belle was a 1942 graduate of Kahoka High School. She worked for General Telephone Co. of Missouri for several years. Later, she went to work for Exchange Bank of Kahoka and then Commerce Bank of Kahoka for 33 years retiring as Assistant Vice President.

She was a long-time member of the Kahoka Christian Church. She loved to fish, grow flowers and meet her friends at least once a day for coffee. She loved the Clark Co. Fair and the horse races.

Funeral services were held Saturday, August 8, 2015 at 2:30 p.m. at Wilson Funeral Home in Kahoka with Rev. Jim Campbell officiating. Entombment followed in the mausoleum at the Kahoka Cemetery.

Friends called at Wilson Funeral Home after 9 a.m. Saturday with family receiving friends from 1:30 p.m. until time of services.

To send a flower arrangement to the family of Lola Belle Bogener , please click here to visit our Sympathy Store.

To order memorial trees or send flowers to the family in memory of Lola Bogener, please visit our flower store.