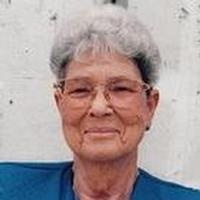 Lois was born January 9, 1930 in Milton, IA, a daughter of Kenneth and Mabel Doty Coward.

She married Richard Roberts on September 17, 1948 in Milton, IA and they were blessed with four daughters.

She was preceded in death by her parents and brothers-in-law and sister-in-law, Lawrence Pender, Jim Roberts and Virginia Roberts.

Lois graduated from Fox Valley High School in Milton, IA. She retired from Metzlers in Keokuk following many years of employment. Lois enjoyed sewing, ceramics, crafting, woodworking, reading and baking. Her greatest joy came from spending time with her family.

Funeral services will be held Monday, October 29, 2012 at 1:30 p.m. at Wilson Funeral Home in Kahoka with Pastor Shawn McAfee officiating. Burial will follow in the Wyaconda Cemetery.

Friends may call at Wilson Funeral Home after noon on Sunday with family receiving friends from 6-8 p.m. Memorials are suggested to the Wyaconda Cemetery.

To send a flower arrangement to the family of Lois I. Roberts , please click here to visit our Sympathy Store.

To order memorial trees or send flowers to the family in memory of Lois Roberts, please visit our flower store.