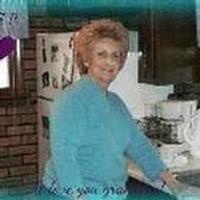 She was married to Phillip Heberer and they were the parents of five children: Debbie, Dixie, Scott, Alan and Deanna. He preceded her in death. On June 15, 1980 she was united in marriage to Harold Ferguson and they were blessed with 32 years of marriage.

She was preceded in death by her parents; her husband, Phillip Heberer; daughter and son-in-law, Debbie and Keith Varner; a son, Alan Heberer, granddaughter, Amanda Kellum; and sister-in-law, Joyce Campbell.

Linda graduated from Hamilton High School and worked many years at Dadant and Sons in Hamilton while raising her five children. Until her retirement, she was bookkeeper at both the Kahoka and Clark Co. Sale Barns. She enjoyed attending horse sales, her cats, and being around their horses. She loved being a homemaker, taking care of her beautiful flowers, cooking, spending time with her family and collecting angels.

Special to her was shopping with the girls in the family, hanging out with her girlfriends at their monthly luncheon get togethers and spoiling grandchildren. She loved finding reasons to get together with friends and family and loved holidays and all the cooking that goes along with them. She had a caring heart and if anyone was sick or needed something, she was right there to take care of them. She always seemed to have the right thing to say and an ear to listen.

Funeral services will be held Friday, September 28, 2012 at 1 p.m. at Wilson Funeral Home in Kahoka with Pastor Carrol Davenport officiating.

Friends may call at Wilson Funeral after noon on Thursday with family receiving friends from 6-8 p.m.

Memorials are suggested to Hospice of Northeast Missouri.

To order memorial trees or send flowers to the family in memory of Linda Ferguson, please visit our flower store.