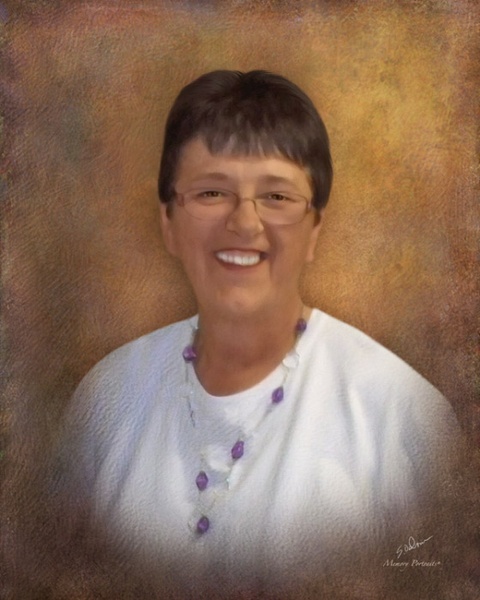 Linda June Malone-Edmondson, 75, of Canton and formerly of Kahoka, went to heaven at 7:35 pm on Saturday, October 16, 2021, at the Lewis County Nursing Home in Canton, after a long battle with Alzheimer’s Disease.

Linda was born on January 21, 1946, in Kahoka to the late Charles and Bessie (Moore) Malone. When Linda was eighteen months old, her mother left her father to raise two daughters under the age of two. Remah and Clyde Whiteaker helped Linda’s father raise her and took her in as one of their own children. Her father was always involved in Linda’s life. Linda married Dale Dean Edmondson on April 13. 1964 in Kahoka and he preceded her in death on December 7, 2004.

Linda never met a stranger, and she had the ability to have a conversation with anyone. She spent her life helping others and she loved being around children. Linda also loved her cats and her canine companion, Oreo.

She worked in several capacities over her lifetime: Sheller Globe, Breck, Hearth & Home, Luray School District, insurance salesperson, cleaning homes and most recently as a Home Health Aide. Linda took a great deal of pride in doing her jobs to the best of her abilities. She often went above and beyond her duties when it helped the people that she was caring for. Linda was also helped the Boy Scouts and Girl Scouts for many years.

More than anything, Linda’s life revolved around her family. Spending time with her children, grandchildren and great-grandchildren brought joy to her life. She would do anything to make those she loved smile.

Funeral services honoring the life of Linda were conducted at 11:00 am on Thursday, October 21, 2021, at the Wilson & Triplett Funeral Home in Kahoka. Interment followed at the Kahoka Cemetery. A visitation will be held from 5:00 until 7:00 pm on Wednesday evening at the funeral home. Memorial contributions in memory of Linda were suggested to the Boy Scout Jamboree Fund c/o Jamie Edmondson or to the family. You are invited to share your memories of Linda and leave a condolence at www.wilsontriplett.com

To order memorial trees or send flowers to the family in memory of Linda Edmondson, please visit our flower store.