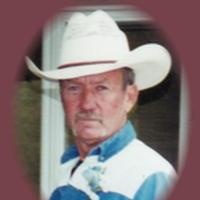 He was married to Susie Parsons and they were the parents of two children, Melody "George" and Bernard Boggs. On August 21, 2002 he was united in marriage to Wendy Kemper.

Survivors include his wife, Wendy, of the home; mother-in-law, Joyce Kemper of Kahoka; one daughter, Melody Ann (Sheldon) Robinson of Fort Madison: one son, Bernard Boggs of Revere; six grandchildren: Austen Brand, Jalen and Blake Kutcher, De'Shon and Janessa Robinson and Sherry Boggs; a great-grandaughter, Adalynn Brand; one sister, Rebecca Wright of Fort Madison; brothers-in-law and sisters-in-law: Dana Kemper of Kahoka, Robb and Lisa Kemper of St. Patrick, and Kelly Kemper and Gary Rawls, Sr. of Norfolk, VA; as well as nieces, nephews, and other relatives.

He was preceded in death by his parents; step-father, John Sanders; father-in-law, Donald Kemper; and two brothers.

Lewis graduated from Fort Madison High School in 1967. He entered the U. S. Army shortly thereafter and served the next two years.

He moved to Missouri in 1970 where he owned his own business doing primarily concrete work, and putting in sewer systems and water lines. He was a member of Local 18 Concrete Finishers at Macomb. There wasn't anything that he couldn't do and that he couldn't figure out. He did a lot of work for others without pay because he knew they needed a helping hand and he was always willing to give it.

Lewie was a lifetime member of the NRA and of Ayer-Boatman Post # 4342, V.F.W. and a member of the Herman Blum Post # 192 of the American Legion. He considered it an honor to be part of the Military Rites given to deceased veterans. Additional memberships included the Clark Co. Moose, the Missouri Longriders, Clark Co. Mule Festival Committee, and the Southside Boat Club in Keokuk. Lewie was City Marshal of Revere for over 20 years as well as former Fire Chief.

Lewie loved his family and friends. He loved riding horses, 4-wheelers and side by sides, and boating on the river. Weekends were spent camping along the Mississippi at Alexandria and he enjoyed cooking for all who came, also fishing, banking lines, and the fellowship there. He loved fishing, second only to hunting for deer. He loved camping at the Clark Co. Mule Festival, the Clark Co. Fair, the Ft. Madison Rodeo, and any time he could get together with his family and friends. Lewie believed in doing for others without expecting anything in return. He was generous with his time and talents.

Memorials may be made to Wendy Boggs.

Friends may call at Wilson Funeral Home after noon on Thursday with family receiving friends from 5-8 p.m.

Friends may call at Wilson Funeral Home after noon on Thursday with family receiving friends from 5-8 p.m.

To order memorial trees or send flowers to the family in memory of Lewis Boggs, please visit our flower store.