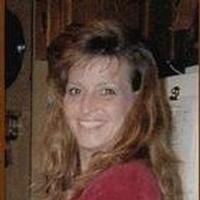 Lesa M. Job, age 43 of Hamilton, IL, died Thursday, September 27, 2012 at her home following a three and a half year battle with cancer.

She was preceded in death by her father and a nephew, David Wheeler.

Lesa was a graduate of Hamilton High School. She had worked several places including St. Louis Gear and Duck's Red Fox in Hamilton. Most of her working life was spent as a CNA and caregiver for others. She was able to take of her father until his death and her mother as long as she was physically able.

Lesa's faith was a very important part of her life. She was baptized at the Church of New Beginnings in Keokuk, IA where she was a member. She was accepting and a mom to everyone and would help someone or give to someone even if it meant she would do without.

She loved 4-wheelers, motorcycles and the color purple. She loved to snuggle, watch movies, drink coffee and eat cookies. She enjoyed growing flowers and spoiling her grandchildren and children. She always had a purse full of candy to share with any children she was around. She fought a good fight and thought more of others than herself until the very end. Well done, good and faithful servant.

Memorials may be to the family.

To order memorial trees or send flowers to the family in memory of Lesa Job, please visit our flower store.