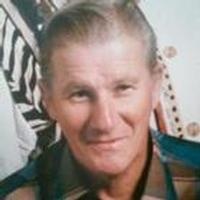 Leo E. Olson, age 77, of Kahoka, MO, passed away peacefully on Friday, February 20, 2015 at the Clark Co. Nursing Home surrounded by his family and friends.

He was married to Bettie Edmondson in 1958 and they were the parents of a son and a daughter. She preceded him in death on September 13, 1995. On April 27, 2002 he was united in marriage to Mildred "Millie" Sherwood Cook.

He was preceded in death by his parents; his wife, Bettie; a step-son, Glenn Cook; three brothers, Richard, Donald and Stanley Olson and a sister, Betty Elder.

Leo attended high school in Granger, MO. He was an excellent mechanic, especially when it came to Volkswagons. At his retirement, he was a twenty-year employee of Hollister Whitney Elevator Co. in Quincy.

Leo was a former member of the LaGrange Christian Church and attended the Peaksville Christian Church. He enjoyed going to auctions and flea markets and was a huge Green Bay Packers Fan. He and Millie loved wintering in Texas and playing many hands of cards and other games with friends there. He also enjoyed the time he spent at the Clark Co. Nutrition Site visiting and playing cards with friends there also. His family was very important to him and time spent with them was very special.

Visitation for Leo Olson was held Monday, February 23, 2015 from 5 - 7 p.m. at Wilson Funeral Home in Kahoka followed by a Time of Remembrance and Sharing.

Cremation followed with burial to be held at a later date in the Frazee Cemetery, rural Alexandria, MO.

To send a flower arrangement to the family of Leo E. Olson , please click here to visit our Sympathy Store.

To order memorial trees or send flowers to the family in memory of Leo Olson, please visit our flower store.